We arrive at a new area of ​​the Castle, the Watch Tower, after finishing Raisa in her final form. It is a frozen place.

Pain Box 1 – Gem of Life. Just when leaving before jumping to the first hitch that we find, we go down to the right and we find it in a small room.

We advance by jumping through the hooks crossing an arch, but if instead of continuing towards the destination (to the right of the arch) we go up to the top, we find a Mechanism to use “Dungeon Key” they give us 2,000 Points.

Well we continue our path descending to the right of the arch, and we jump to the next area, above we see a Pain Box, to the right we can climb, worse before climbing if we continue straight ahead, we find several things.

Pain Box 2 – Void Gem. Advancing straight ahead, before going up the tower, apart from if we keep going down there is a Maps room. 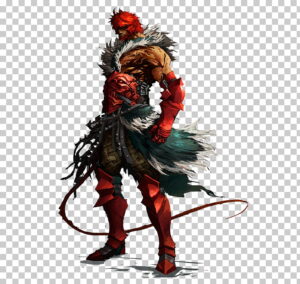 Pain Box 3 – Chaos Gem. Before continuing through the door, if we go to the left we reach the position of the Pain Box that we saw from below before climbing the tower, we can get there by jumping and using Fog to advance a tad more and arrive (activate it at the end of the jump ).

We enter the building, to the right we enter a room with a mechanism in the form of a knight to activate, a sequence jumps where Trevor asks us to find pieces of the Mirror of Destiny, in the room, we have in front of where we have entered a door blocked with a gentleman with a Diary (Secret of Gisverto “El Imberbe”) on the right a theater-like door through which we cannot pass and on the left a path to continue. 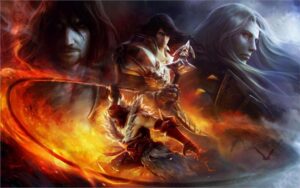 We go out to a wide area with a bridge on the right, in the background we can see a box of pain that we cannot take, as we go up the stairs to the right we find a gentleman with a Diary (End of Andreas Aloisius), on the bridge they attack us Several Knights of the Brotherhood and a Heavy Warrior, we reached another knight-shaped mechanism and entered a garden.

In the sequence we see Agreus, Pan’s brother, he has part of the mirror of Destiny that we need, a bird takes it away and Agreus goes into a small garden where he tries to hunt us down.

– If we step on the red leaves we will alert you and it will come to us.

– There are bells to distract you by throwing Shadow Daggers.

– If we turn into a fog, it cannot find us and we can even go through it.

If Agreus catches us he kills us and we will start from the beginning, at the beginning we have to go to the right quickly because he comes from the bottom, we use the bells at the beginning to keep him there longer and be able to advance where he came from (on the minimap we see his position), we do not forget that if we make noise he looks for us and usually goes to where we are, if this happens we use the Fog to avoid him and have some time to move and hide, or we spend almost all of it and leave a little for If we do it wrong, we will have one last chance. At the bottom of this side to the left, we have a closed-door and just behind the mechanism to open it. 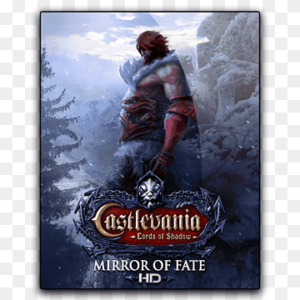 We arrive at an elevator, as we go up we have a Fountain of Magic and a Fountain of Life, in front of us a small square with a bird that has the piece of Agreus’s mirror of destiny, when we try to approach it will fly to another pedestal, using the Void Sword we freeze him and we can catch the fragment.

By taking the fragment Agreus appears ready to avenge the death of his brother, he carries 2 Spear weapons and 2 Swords, which he changes during combat at his pleasure, he has a lot of unstoppable attacks, so pay attention, with both weapons he covers himself.

Once we take his life in the sequence, you have to press the button to end it.

– Unstoppable lunge, dodge to the side.

– Double throw, the first is perfect to perform a synchronized block the second unstoppable.

– Unstoppable shot, turns the spear and attacks us with it, reaches a lot, dodge sideways to avoid it.

– Unstoppable throwing spear, it throws the spear at us and if it hits us, it nails us in the chest, leaving us trapped, we have to press the right button to avoid its onslaught (if the first throw fails, another one).

– The hurricane onslaught, unstoppable, turns into a small whirlwind, quite fast.

– Double Espadazo, in the first one we can do synchronized blocking, the second is unstoppable.

– Double wave, with each sword we throw a wave of energy dodging each one to the side to avoid them. Unstoppable double boomerang, throw the swords in a circular motion, avoid them by jumping after catching them, perform an unstoppable onslaught.

After eliminating Agreus we return to meet Trevor at the Castle, on the way back we are attacked by harpies, Trevor asks us to recover the fragments of the mirror, now the other door in front of which we went to the garden, is open, it has a mechanism in the middle, when activated, the curtains will be raised and targets come out that must be shot with the Shadow Daggers, we can get up to 4 rounds, in the first 2 they give points to spend and in the next 2 Relics, in the last They give us all the relics, well when we have collected all the prizes we continue through the door that opens to the Toymaker’s Theater.

When we leave, we are attacked by 2 knights of the Brotherhood and a Cleric, when we defeat them on the red column we can deploy a bridge that allows us to go to the Theater.

Pain Box 4 – Gem of Life. Before entering the Theater on the other side we left, we found her, we went up the ramp and threw ourselves to the other side, we used the red column on the right to unfold other catwalks and enter the Theater.