One day, the main character, Marsh, suddenly wanders into a town that has transformed into a fantasy world of swords and magic. He struggles to return to the original world. 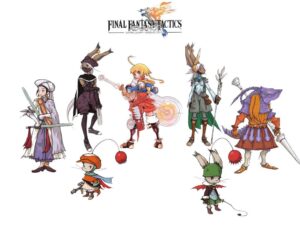 This work is a simulation RPG that controls the main character and fellow characters and grows each character while winning the battle with the opponent, and it is a Gaiden work of the Final Fantasy (FF) series.

The production is centered on the former members of Quest Co., Ltd., which developed the masterpieces “Legendary Ogre Battle” and “Tactics Ogre” that were once released under the name of Nintendo, and after they transferred to Square, “FF He has worked on “Tactics (FFT)” and “Final Fantasy XII (FFXII)”.

This work is not a port or sequel to “FFT” released on the PlayStation (PS) version, but a new work with a new story and system.
However, it inherits the world view of “FFT” and “FFXII” such as the stage setting and the races that appear.

Marsh, the main character, has moved to a rural town called St. Ivalice with his mother and his younger brother in a wheelchair due to his parents’ divorce.

Marsh was isolated because he wasn’t familiar with the country town, but he somehow became friends with his classmate Mute, a weak and bullied child, and Ritz, a girl with a strong sense of justice and a victorious victory.
One day, Marsh reads an old document brought by Mute with his sickly brother and Ritz.

Then that night, their town, St. Ivalice, transforms into a game-like world of swords and magic, the world of fantasy itself.
When Marsh woke up the next morning, the usual town had become a strange town, another world Ivalice.
Ivalice, a different world, is a country governed by the Queen, and non-human races live normally, and there are rules unique to this world.
Marsh explores another world, Ivalice, and finds a way to return to the original world. 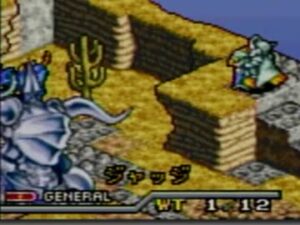 Witness the battle, penalize row offenders and send sent off to prisons.
The judge is wearing a silver armor and riding a chocobo.

Judges also have ranks, and the highest rank is called the Judge Master.

The battle to which Rowe is applied is called Engage, and Engage makes it impossible to fight but does not die.
The law keeper “Judge” will be present at the engagement to determine if Rowe is being protected.

The rules change from time to time, adding “binding” that prohibits certain attack methods during battle.

As the game progresses, the number of rows will increase and the binding will become tighter.
There are various types of row, such as restrictions on the weapons used and prohibition of certain attributes.

If you violate Rowe, the judge will give you a “yellow card”.
Judges will warn you if you take any action restricted by Rowe, and you will be fined and penalized for lowering your status after the battle is over.
If two “Yellow Cards” or one “Red Card” are issued during the same battle, you will be forced out of the battle and sent to Prison.
Even when the “Yellow Card” is not issued, if you stab the opponent while violating Rowe, the “Red Card” will be issued immediately and you will be sent off.

Characters sent to prison must be sentenced to prison until the clan to which they belong (the group to which the main character belongs) completes a certain number of battles. In other words, participation in the battle will be suspended for a certain period of time. 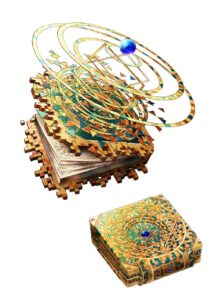 An old book found by Mute.
It is unknown by whom it was written and how many books there are in the world.
“Gran Grimoire” is a mage book that describes the ultimate magic, not the title of the book.

Since there is no title in the book, it is called “Gran Grimoire” for convenience, but this name does not appear in the game. 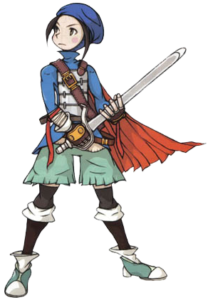 A race with average abilities, it can handle weapons and magic.
There are many types of jobs.
Only men appear as battle units. 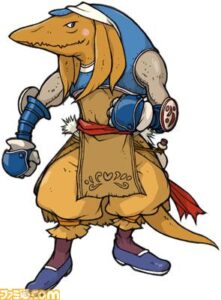 A warlike race with lizard-like features and tails.
He is good at physical attacks because he is good at bullet fighting with a strong body as a weapon.
Only male units will appear.
For them, the word “lizard” is a discriminatory term, and if you unknowingly say it in front of them, they will attack you. 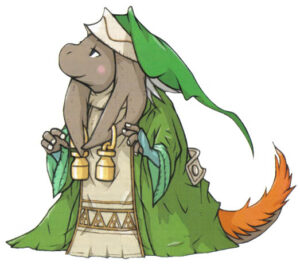 A race characterized by long ears that look like dogs and hang down.
Thoughtful and mild-mannered, he has excellent magical abilities.
Many jobs are also magical.