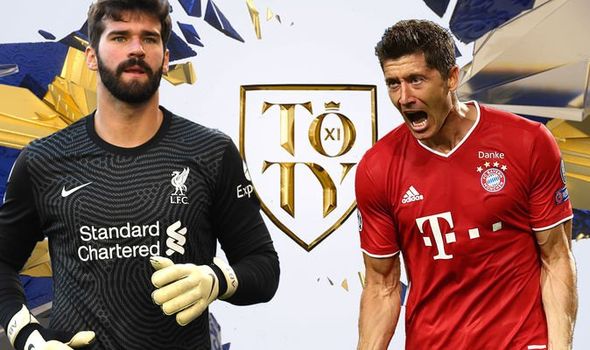 One of the most anticipated moments by FUT fans every year is the reveal of the TOTY (Team of the Year) made up of the best eleven footballers of the last season.

In this case, the eleven players were elected through popular vote on the EA Sports page and the results have been truly surprising.

Neither Lionel Messi nor Neymar Jr. were chosen by the players to be part of the FUT 21 TOTY. In fact, this team only has one player from the Spanish La Liga, a factor that has also surprised many people who took for granted the appearance of players like Messi or Toni Kroos in this team.

Without further ado, here is the FUT 21 Team of the Year (TOTY):

In turn, this team has a fierce forward with Cristiano Ronaldo, Lewandowski and Mbappé, with cards that exceed 95 OVR and that make them completely lethal weapons for any defender who tries to stop them.

In fact, Mbappé’s card reaches 99 pace points, making him one of the fastest players in all of FUT Ultimate Team, which will make many users spend a real fortune just to add him to their teams.

That is precisely why it is a good time to sell FIFA 21 coins to U7BUY, since these days there will be a high demand and all the pages that are in charge of doing these operations will need large amounts of coins.

Here are the attributes of the three forwards on this TOTY:

The midfielders also have a very high level.

Beyond the fact that almost all the attention is taken by the three forwards, the midfielders of this team have very high attributes that will serve to set the tone in each of the games.

De Bruyne, Kimmich and Bruno Fernandes are three very complete midfielders capable of creating plays and scoring chances, but they also bring defensive balance to the team with their great speed and stamina.

What did you think of the TOTY of FUT 21?