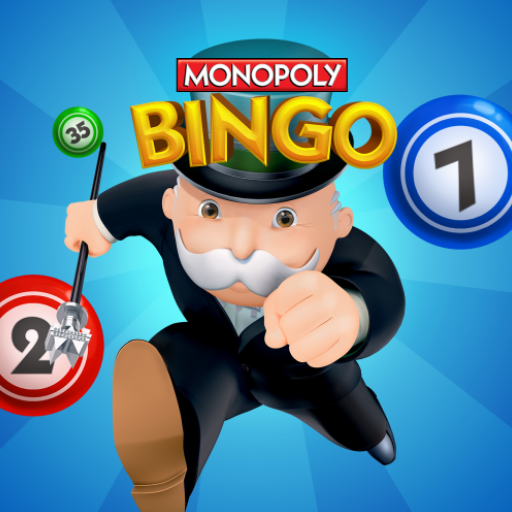 Two of the most traditional board games in history are mixed together in a single mobile App called Monopoly Bingo. This is, let’s say, an official version of both games, so we’ll get the best of each under legal licenses.

The game mode focuses on both concepts: we will have a bingo card whose numbers we must mark as they are “called” and appear on the screen.

The difference is, and this is where the dynamics of Monopoly comes in, in that some of the numbers will keep with them some properties that we can win.

The properties will be obtained if at the end of the day the bingo game is won. In this way more and more goods are accumulated, but it is an “all or nothing”.

As we win games, that is, we do Bingo !, we will get more money and miscellaneous goods, the same as we know from the traditional Monopoly.

Monopoly Bingo Game has received an award for the development of this game. And it is that it manages to combine very well the best features, and the most basic, of the games involved.

It’s available on Android and iOS for free, with in-app purchases.

Monopoly Bingo is a totally free and online game, so many of the games can be played in real-time and against people from anywhere on the planet.

You can play with up to eight cards and get other exclusives while you win with Monopoly. Both in the bingo game itself and in Monopolý you will get rewards for putting your skills into practice for both games.

Some of the cards must be purchased with virtual money, so if we run out of coins, we can use the ones we have earned with Monopoly or exchange properties for cards. In addition, with the money obtained we will be able to build buildings, hotels, houses and more.

As you progress in Monopoly you get chests full of coins, improvements for bingo. This advance can be achieved by playing live with people from other countries, but also with friends, since the App can be linked with a Facebook account.

It should be noted that, even if we play with real people, bets will not be made with real money. We cannot think of claiming any more prizes than those offered by the application itself.

The only thing that involves using real money is the purchase of resources for the bingo game, such as game tickets, but this is completely optional and does not affect the mechanics of the game if you prefer it completely free.

THE BEST OF MONOPOLY BINGO

You can play with multiple cards to increase your chance of winning. On the other hand, it is possible to see the statistics of the players.

Monopoly Bingo has special functions to look at the numbers before they appear to other players. I also use the free bonuses to increase the chances of winning.

You can get special markers and many more resources only by winning matches against other people.

Also, in case we ever want to try something new, the App offers puzzle games every week.

THE WORST OF MONOPOLY BINGO

The phone or tablet must always be connected to the network to be able to play. Therefore, it will be better to activate the Wi-Fi so that you do not have excessive surcharges in the monthly rent of the data service.

Many of the little ones, fans of board games, should avoid playing Monopoly Bingo, in fact, it is a special game for adults because it belongs to the category of invite and chance.

Some people may spend real money on a daily basis to improve their game, but they don’t see this reflected in their scores. On the other hand, others raise their score, leaving the rest far below.

This is a disadvantage for those who cannot or want to invest real money in the game.

If for some reason the application is closed during a game and even if it has been won, the scores usually remain at zero, the progress that the player in question has had in that tournament is not recognized.

This has been a constant complaint in the comments of the App stores.

Another common complaint is that in some cases it takes up to a day for bonuses to be awarded and for new Monopoly boards to appear.

People who want to play this on a daily basis must repeat games under the same conditions until new ones finally appear.

If you change mobile, all progress will also be lost.

COMPARISON WITH OTHER APPS

Compared to other Bingo games, such as Bingo Pop, this application offers more chances of winning. The first provides only four tickets, while Monopoly Bingo, as we have already said, offers up to eight.

Another like Bingo at Home, above all it acts as hype to get the numbers that we must mark on physical cards that we have with us.

In the case of Monopoly Bingo, everything is virtual and online, so we can play with any community and from anywhere we are.

TECHNICAL AND / OR MINIMUM SPECIFICATIONS

Requires Android 2.3 or higher. On iOS, version 9.0 or higher of that operating system is required and it occupies 158.1 MB in memory.

It works very well with devices with 1GB of RAM, but it would improve the experience with a more powerful memory. In general, the graphics are quite striking on any screen.

It is a very fun game that will keep us always on the lookout and eager to try our luck. Compared to other games, it offers many more features that link seamlessly with Monopoly and Bingo mechanics at the same time.

Keep in mind that it can be addictive, and if you prefer to spend real money to improve the game, you have to set your own limitations because it is possible that we spend a lot of money without realizing it.

We just have to have a good internet connection and a lot of desire to play to have a different experience from the rest of the applications based on Bingo and/or Monopoly.