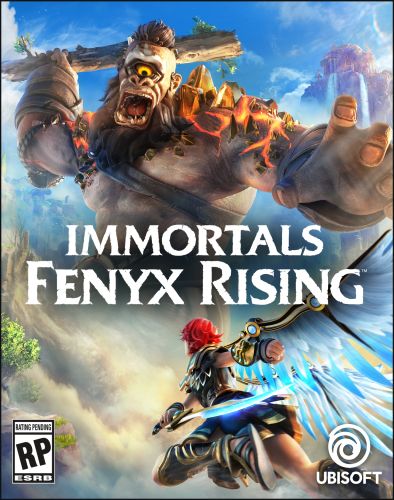 Immortals Fenyx Rising takes a formula tested and perfected by many franchises over the past few years and takes it to a new level located in Greek mythology, with a charismatic character, fascinating art, and action-adventure gameplay. 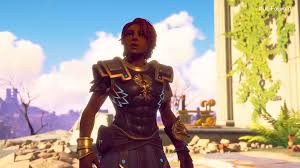 Mexico City, September 13 (However) .- Ubisoft has been characterized in recent years by delivering ambitious large-scale projects, such as the most recent titles in the Assassin’s Creed saga, Hyperscape, or the next installments to come out in the following months such as Assassin’s Creed: Valhalla and Watchdogs: Legion, although it maintains a clear vision in sagas that we already know, it has also decided to venture into new genres and styles of play. A few days ago we had the opportunity to try Immortals Fenyx Rising, formerly known as Gods & Monsters, Although we only played it for about two hours, we had the opportunity to explore the territory of “Golden isle”, do some story missions, explore the combat and the armor system, as well as understand more fully what it is that we will offer the title when it reaches the end of the year. 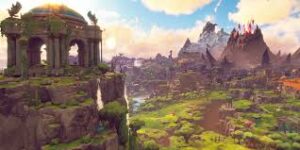 The first thing that many people have noticed since the game was revealed and that they will surely comment when they play it are the great similarities it has with The Legend of Zelda: Breath of the Wild, from the art, some controls, and certain movements; However, Immortals Fenyx Risingcreates its own essence that takes elements from its own franchises and generates a hack & slash concept with the RPG genre that promises to be one of the biggest surprises of the year.

Without investigating the history so much, which we do not know completely, we know that the game takes place in Greek mythology, takes references to places, weapons, and special attacks to create this mythological environment with names such as Achilles, Odysseus, Daedalus, among others.

It is worth mentioning that, from this point on, it is already quite an attractive part, since, personally, the subject of Greek mythology seems great to me. We can use the sword of Achilles, the bow of Odysseus, or the wings of Daedalus as weapons of our main character, who we will know as Fenyx. 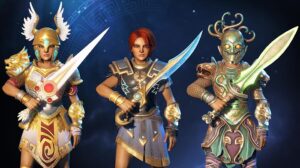 The main weapons and armor will change throughout the game with improved pieces that will give new abilities or increase the statistics of our character, we will also have a skill tree that we can improve and a series of special abilities that combined with our main weapons create combat that is enjoyed every second with defensive and offensive attacks, it depends entirely on the player how they want to tackle a fight, the experience is completely different when facing a great boss or a group of enemies that you have to defeat almost at the same time.

The types of enemies vary a bit and, as far as we experimented, we were able to face enemies with swords, the easiest to defeat, enemies with shields that require more powerful attacks or from different angles to knock down their defenses and of course, mythological beings like harpies which you will need to attack with the use of the bow or with air attacks and centaurs that will be a real headache; You can also find animals within “Golden isle”.

Additionally, the game uses mechanics similar to those of assassin’s Creed, so the world you explore is one of the most important resources throughout your journey since you will be able to find different objects to recover your life or stamina, as well as objects that will allow you to improve your skill tree. 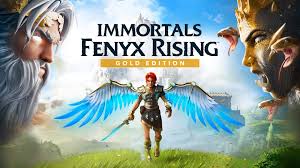 The skills of our character are one of the things that could stand out the most, they feel different and tailor-made for the game and its environment, from being able to activate a giant hammer to attack our enemies, to perform a kind of spear attack that comes off the ground or control the path and speed of an arrow.

The combat system is so well worked that the options are not limited when attacking or defending, from being able to dodge and attack, to block attacks and perform some special abilities; maybe a little closer to the experience that Assassin’s Creed combat represents. 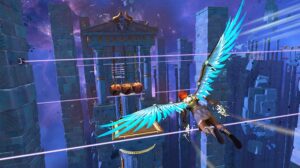 Throughout the map, you can see objects marked as chests with resources or objects such as weapons and armor and you can explore it however you want, you can climb mountains, structures or glide through the air with your Daedalus wings and the only limitation will be the amount of stamina that have your character.

On the other hand, the game offers us a fairly large amount of content that is not limited to the main story, since we will be able to perform challenges such as flying/gliding from one place to another in a certain time, solving big puzzles within the map that you. They will make you think and go over and over again around you to find out what you have to do or simply pass an arrow through different objectives in a short time. As if that weren’t enough,

Immortals Fenyx Rising takes a formula tested and perfected by many franchises over the past few years and takes it to a new level located in Greek mythology, with a charismatic character, fascinating art, and action-adventure gameplay. that will make them enjoy it from the smallest to the largest at home. The game is a fairly strong bet within the genre and while waiting for the main story, it seems one of the strongest surprises to close this 2020.