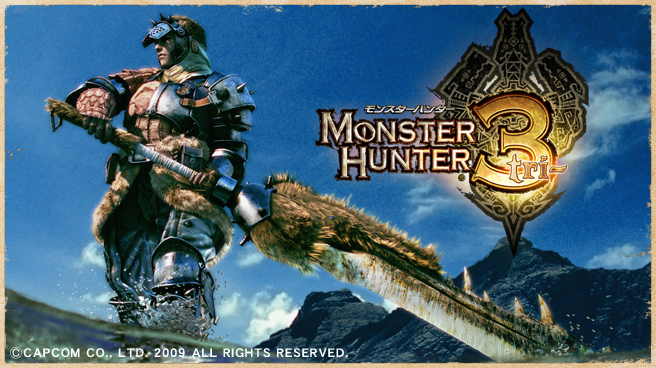 Monster Hunter is a hunting action game released by Capcom in 2004. The first work “Monster Hunter” was released as PlayStation 2 exclusive software.

The character operated by the player is called a “hunter”. “Hunter” is a game that can handle various weapons and fights monsters that are dozens of times larger than “Hunter” using those weapons.

Since there is no concept of “level” that is common in RPGs, the difficulty level changes greatly depending on the strength of weapons and armor, and player skills. 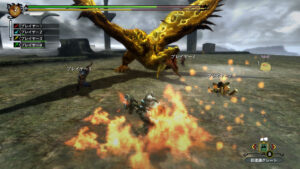 The flow of the game is to receive the “quest” requested by the guild, go to the field rich in nature, and complete the “quest”. There are various contents of “quest”, such as collecting plants and eggs and requesting them to be delivered, and subduing monsters that cause harm to humans.

If you complete the “Quest”, you will receive “Zenny (money)” and materials for the defeated monsters as a reward. You can use the material to make new weapons and armor.
There are various fields.

There are “dense forests” where vegetation is overgrown and visibility is very poor, “deserts” where hot air blows in the daytime and abnormally cold at night and deprives hunters of their physical strength, and “snowy mountains” which are extremely cold regions. 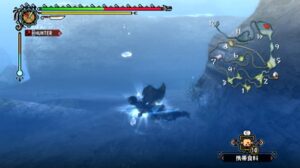 “Monster Hunter 3 (MH3)” is a Wii-only software released on August 1, 2009. It is an MH aiming at the “origin of a new MH”, which is said to have been developed, so it contains a large number of new elements added from this work.

For example, stamina is introduced to monsters as well as hunters, and if they continue to act, they will hang down from their mouths, slowing down their actions, or moving in search of food. You can swim underwater in new fields such as “isolated islands” and “submerged forests”.

It became easier for monsters to become hostile to each other. Introducing the “Moga Forest” where you can collect and subdue monsters outside the quest. Various other points have been improved and added, such as, making it suitable for the name of “the origin of the new MH”.

As a new weapon, “Slash Ax” that uses a huge ax has been added. “Ax mode” that boasts high attack power while using an ax and moving slowly.

“Sword mode” that moves a little faster, has low attack power, but can take a lot of effort. You can fight by using these two types properly.

In addition, 6 types of “Large sword”, “Tachi”, “One-handed sword”, “Hammer”, “Lance”, and “Bowgun” that were in the conventional MH series can be used.

Five types of weapons other than “Bowgun” have been improved, including more attack patterns. In addition to “Light Bow Gun” and “Heavy Bow Gun”, “Middle Bow Gun” has been added to “Bow Gun”.

These bow guns can be remodeled by combining three types of “barrel”, “frame”, and “stock”, and it has become possible to make bow guns that emphasize firepower and assist of allies.

Software for Nintendo 3DS released on December 10, 2011. This is a sequel to “MH3” released for Wii.

Initially, it was planned as a portable version of “MH3”, but because there were many additional elements presented, “G”, which means an upgraded version, was added to the title.

As for the content, the volume has increased significantly, and “G class” has been added to the quest content. Addition of the field “Mountain stream” that appeared in “MH3”.

As for monsters, “subspecies” and “rare species” have been newly added, and new monsters “Brachidios” and existing monsters “Ganototos” have increased.

Also, in addition to the 8 types of weapons that can be used by hunters, 4 types of “hunting whistle”, “gunlance”, “bow”, and “double sword” have been added.

On the other hand, “Middle Bow Gun” was deleted, and it became two types, “Heavy Bow Gun” and “Light Bow Gun”. 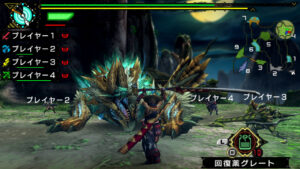 Many of the monsters and fields that appear are from “MH3”, and the weapons used by Otomo Airou and hunters are from “MHP2G”.

The stage is “Yukumo Village,” an East Asian-style hot spring tourist destination based on Japanese style. The main character, “Hunter,” who visited “Yukumo Village” and enjoyed the famous hot springs, was asked by the mayor of “Yukumo Village” to “protect the village as a hunter.” The purpose of this work is to fulfill the request.

A new “Jinouga” has appeared as the main monster. And most of the monsters that appeared in “MH3” appeared, and new variants appeared. On the other hand, in this work, the “underwater battle” that was a feature of “MH3” has been deleted. Therefore, underwater fighting monsters such as “Chana Cable” and “Lagia Cruz” have been deleted, and underwater has been deleted from some fields.

The weapons that can be used are “Large sword”, “Tachi”, “Twin sword”, “One-handed sword”, “Hammer”, “Hunting whistle”, “Lance”, “Gun lance”, “Light bow gun”, “Heavy bow gun”, and “Bow” that were available in “MHP2G”. 11 kinds of. And now you can use the “Slash Ax” that appeared in “MH3”.
Compared to the conventional “Monster Hunter” series, many collaborations with manga, anime, and other games were held in this work. 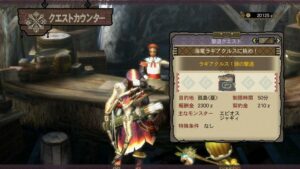 In order to investigate the Moga Forest, the dispatched hunters will complete the “quests” requested by the residents of the Moga village, proceed with the investigation little by little, and build up the trust of the residents.

Furthermore, as the quest progresses, there is information that “Lagia Cruz” is attacking the land of the Moga Forest. Upon receiving the information, the village mayor requested the hunter to subdue “Lagia Cruz”.

Upon receiving the request, the “hunter” goes to the Moga Forest and confronts the “Lagia Cruz”. “Lagia Cruz” is a powerful enemy that discharges with the power of the “thunder shell” on its back.
In a deadly battle with “Lagia Cruz”, he managed to “repel” but did not reach “subjugation”.
The hunter succeeded in “repelling” and returned to “Moga Village”, but after a while, “Lagia Cruz” reappears in “Moga Forest”.

Save the village of Moga! 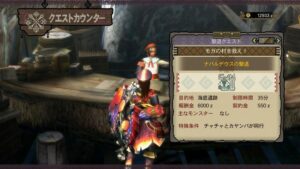 He was a hunter who succeeded in successfully subduing Lagiacrus. However, as soon as he returned to the village, he was hit by an earthquake. When I asked the village mayor, it turned out that the cause of the earthquake was not Lagiacrus but apparently something else.

After that, a hunter who receives a request from the villagers to investigate the earthquake. As a result of the investigation, it was finally found that the cause of the earthquake was an ancient dragon called “Ocean Dragon Navardeus”.

Of the two horns that grow on the head of “Navardeus,” one of them became abnormally large, and he was uplifted and hit the horn against the undersea ruins under the village of Moga.

The cause was that the vibration reached the village of Moga through the ruins.
Based on the results of this investigation, the “Hunters Guild” decided that it was an abnormal situation and ordered the mayor to evacuate all the villagers from the village of Moga.

However, the village mayor entrusts everything to the “hunter” who has solved various requests and problems, including the subjugation of Lagiacrus. Believing that the “hunter” would solve this problem, not only the mayor but all the villagers did not evacuate and waited for the hunter to return in the village of Moga.