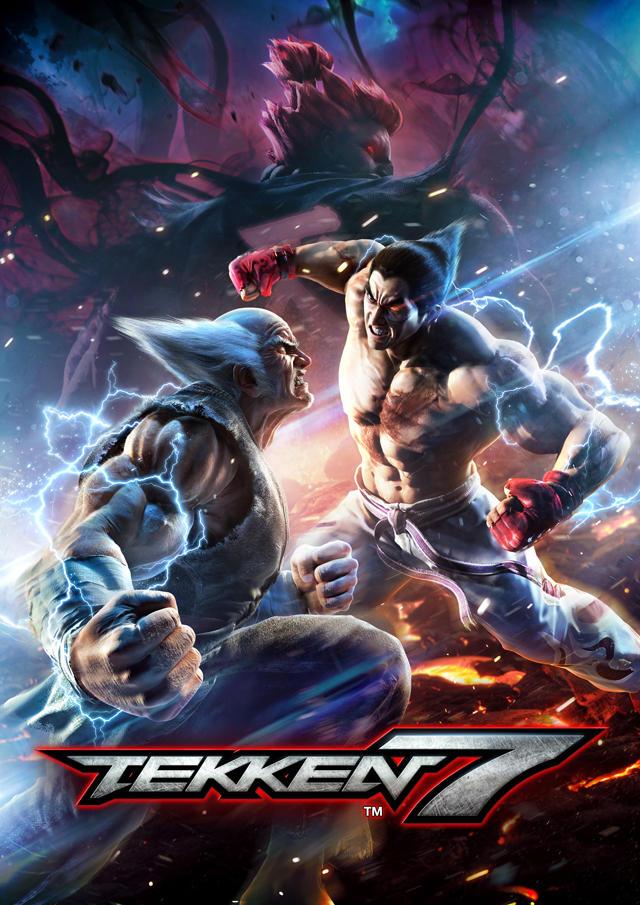 Tekken 7″ is a 3D fighting game that started operation as an arcade game version from Bandai Namco Entertainment on February 18, 2015. This is the 7th numbering in the “Tekken” series.

Online battle between arcades was implemented for the first time as a fighting game. With a cumulative total of 44 million units shipped worldwide, it is the most played 3D fighting game in the world. 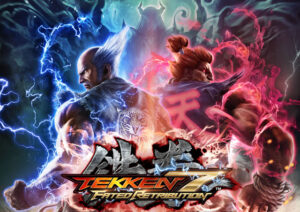 “Tekken 7” is a 3D fighting game that started operation as an arcade game version from Bandai Namco Entertainment. The production was announced by Namco Bandai Games at the fighting game tournament “EVO 2014” held in Las Vegas on July 13, 2014. , Preliminary operation on February 18, 2015, and full-scale operation started on March 18, 2015. The upgraded version of “Tekken 7 FATED RETRIBUTION” went live on July 5, 2016, and the PlayStation 4, Xbox One, and Steam versions were released in June 2017.

The Tekken series has its own system as a 3D fighting game, such as 4 hit buttons corresponding to the limbs of the character and 10 combos. In addition, there are many unique characters such as Gothic Lolita, robots, space ninjas, devils, bears, and kangaroos, and you can create highly original characters with abundant character customization functions. In series 7, new characters, new systems such as “Rage Arts” and “Rage Drive”, beautiful images using Unreal Engine 4 for development, and “Super Slow” where the screen slows down when each other becomes KO in the first shot. You can enjoy dramatic and powerful productions such as modes.

Synopsis and story of “Tekken 7” 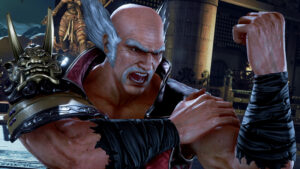 In the past, Heihachi imposed strict training on young Ichihachi in order to strike the royal family and Mishima style karate, and pushed him off a cliff, causing a serious injury to his chest. Since then, Ichihachi has hated Heihachi, and the relationship has continued to this day.

“Mishima Zaibatsu” headed by Jin Kazama, the son of Ichihachi. The battle between the two major powers was extremely fierce as the “Company G”, in which Ichihachi was in control, opposed the Mishima Zaibatsu, which wages war on the world.

At one point, Jin goes missing, and Heihachi, the former head, becomes the ruler of the chaebol again. Heihachi’s ultimate goal is to defeat Ichihachi, and for that purpose Heihachi declares that he will hold a fighting tournament, “The King of Iron Fist Tournament 7.”

One day, a demon who knows Kazumi Mishima, his late wife and mother of Kazuya Mishima, appears under Heihachi. Akuma was once asked by Kazumi to kill Heihachi and Ichihachi, who are trying to conquer the world, and although he challenges Heihachi, he is beaten up.

Heihachi uses the power of Akuma to set up a strategy to lose the credibility of Ichihachi and Company G, but on the contrary, he falls into the trap of Ichihachi and is in a difficult situation.

Heihachi begins to tell the interviewer about the hidden past of the Mishima family in order to overcome the crisis situation of the chaebol. Kazumi Mishima actually has a devil factor (a factor that causes demonization beyond the limits of humans) sent from the Hachijo family to defeat Heihachi, and there was a past when he tried to demonize and kill Heihachi. ..

Heihachi defeated Kazumi who attacked him, but he took the devil factor inherited as dangerous and dared to push it off the cliff to see if he was a demon or a human. Heihachi was convinced that Ichihachi also had the power of the devil when he saw Ichihachi who survived from a cliff that would have died if he were a human being.

In this way, the long-standing parent-child quarrel was cut off, and eventually the devilish Ichihachi won, and Heihachi was thrown into the volcano.

Use the 4 buttons used for basic attacks and the levers in 8 directions. The buttons correspond to right punch, right kick, left punch, and left kick, respectively.

The types of attacks are divided into upper, middle, and lower tiers.

In addition, while the opponent is guarding, no damage is given and it may be avoided by jumping. 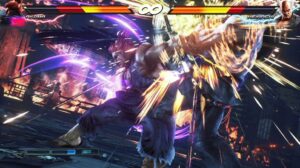 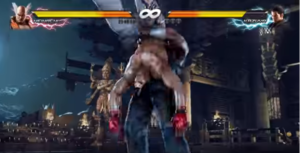 If you enter the throw command while approaching the opponent, you can grab the opponent and throw it away.

Even if the opponent is holding you, you can get out by entering the throw-through command at the right time. 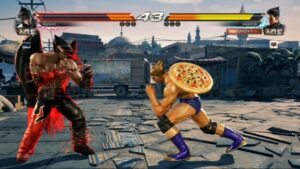 If you are far from your opponent, you can dash by pressing the lever to close the gap and attack. 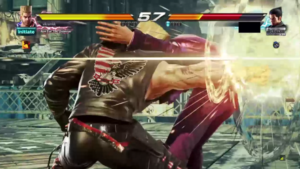 Special attacks such as unguardable techniques with different commands for each character, counters that attack first when the opponent launches an attack, and clean hits that hit at close range can deal more damage than usual. ..