The first hunting action game that has continued since its release on March 11, 2004.
The player becomes one of the “hunters” in the world where dragons live, and handles requests (quests) such as collecting items and hunting monsters.
Run through the world of weak meat and strong food, where there are cute herbivores, ferocious flying dragons, and super-large monsters whose existence itself can be a disaster. The saying “Let’s hunt people!” Was born from this game. 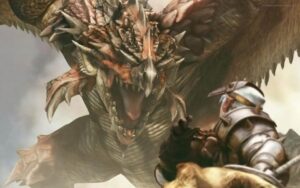 A game called Hunting Action, released by Capcom in 2004.

Initially released as the first in the series, this work did not receive much attention from players and various media, but at the end of the flashy TV commercial, “It burned well ~ (sound actually played in the game)” Word of mouth spread and became popular.
It is equipped with an online play mode, which was rare at the time, and can be played by 4 players. 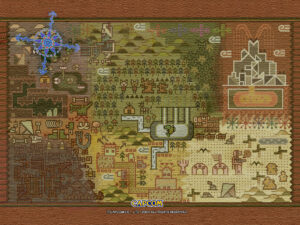 Based in a remote village called Cocotte, a rookie hunter player moves to sell his name.
At first, he is tasked with only dangerous tasks such as collecting mushrooms and herbs, and hunting herbivores and small carnivorous dragons, but while fulfilling a request, he encounters a ferocious flying dragon, “Rioreus.”

I couldn’t compete and ended the request in the form of running away. With that as a trigger, he will fight various medium to large dragons, and the player (hunter) will grow into a full-fledged hunter. Eventually, he met the “legendary black dragon”.

A mode to connect to the network and challenge quests with other hunters in the city.
You can also order quests that you have never seen in the village, and stronger monsters are waiting for you.

By clearing the quest, you can raise your “hunter rank” and stay in a luxurious guesthouse.

A mode added by Monster Hunter G.
The main contents are trial quests for beginners and monster subjugation training.
The trial quest will teach you the basics of being a hunter.

Subjugation training challenges a designated monster with a designated armor and fails once it is exhausted.
Some are more difficult than the actual quest (the monster’s health is set considerably lower). 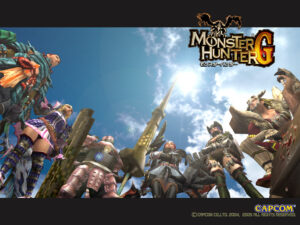 Regarding the former, the purpose may be divided into “capture” and “subjugation” depending on the conditions.

A time is set for the quest, and if the conditions are not met by that time, the quest will fail.
Also, if you run out of power 3 times (physical strength becomes 0), it will be treated as a quest failure. 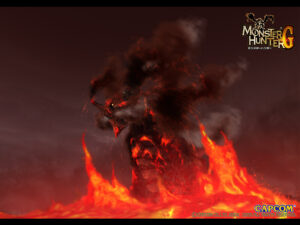 Online-only quest rank implemented from Monster Hunter G.
The strength of the monster is also the highest because you can get high quality materials.
Difficult quests are increasing, such as quests against two large monsters at the same time, which are not seen in normal quests.

Also, unlike normal quests, they are randomly placed on the map instead of starting the quest at the base camp (base). Also, it is not uncommon for a monster to be in front of you when you start the quest because there is no emergency medicine (recovery medicine for supply).

Currently called G-class, it is a general term for the highest difficulty level in the Monster Hunter series.

Speaking of being indispensable for hunting, it is naturally armor.
There are five types of weapons, “one-handed sword,” “big sword,” “lance,” “hammer,” and “bow gun (heavy / light),” each with its own characteristics.

It is good to decide according to your play style, such as a one-handed sword with a small turn, a large sword with a heavy blow, and a bow gun that can attack unilaterally from a long distance but is difficult to operate.