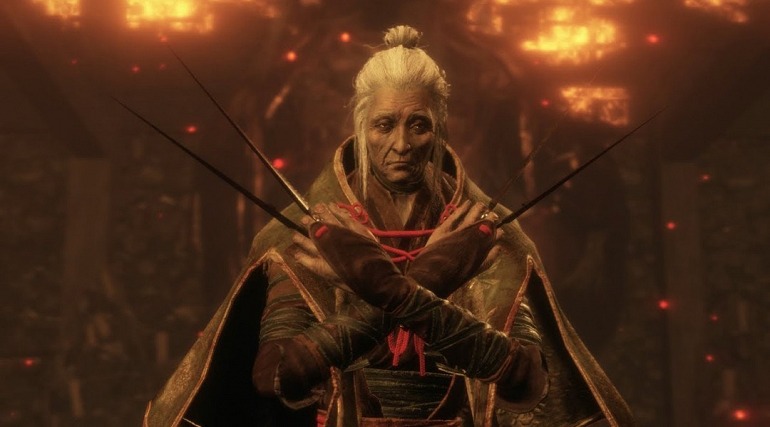 We bring you a guide on one of the most difficult bosses in the game and the location of the awakening seeds.

If you think that your grandmother is like a bull, that is because you have not yet seen the Lady Butterfly, a powerful kunoichi and, despite her age, also one of the most problematic bosses that you will find in Sekiro: Shadows Die Twice. We bring you a guide with tips and tricks to kill him once and for all.

At the entrance of the courtroom, you will find a guardian who gives you an awakening seed, warning you that it will be useful later. This seed, as we tell you, serves to clear all the illusions that Lady Butterfly displays at once. Since it is a consumable, you better use it well: it disappears from inventory after use.

What if they kill you and you have to face this boss again? Fortunately, there are a few Awakening Seeds that you can get in the game, but don’t waste them because they are very few and it is not easy to obtain them: you will find five in the ravine of the great serpent, examining a bush with a glowing sphere. We leave you a video with the exact location of this bush.

Remember that if you do not carry the awakening seeds, you will have to deal with the illusions of the Lady Butterfly with the blow of the sword and one by one. Well, are you armed? Then head deep into the courtroom at Hacienda Hirata to confront this boss. It’s time to put your reflexes to the test.

We recommend that you only attack when on the ground, and only in response to your own movements. Block their head-to-head combos, knowing that for the last move you will have to dodge or reflect. For example, he sometimes ends the combo with a vertical kick that can be very easily dodged to the side. That is the safest time to attack once. He’ll probably defend the rest of your cuts, but it’s okay – at least you’ll do posture damage a couple of times.

It is important that you be attentive to their aerial movements too. Sometimes he jumps back to throw himself at you at high speed after one second of charging. You can dodge this to the side, but only after it has lunged for you. He can also (and usually) jump and propel himself three times before falling. Again, you can block this with your sword, but only after he’s done the last push of all. If he leaps higher back to make an attack, use the shuriken on your prosthetic weapon to knock it to the ground and stun it for a few seconds. So that she can’t deflect your shot, you have to wait for her to stop rising: when gravity starts to bring her back to the ground, it’s time to throw the shuriken. When he yells and the warning kanji appears, jump immediately because he will make an unblockable sweep right away.

Use the wooden columns in the room to hide and heal when you need to, because otherwise, he will hit you with needles from a distance. Take the opportunity to also heal immediately after removing the first life bar, before the second phase begins. Once there, remember that you don’t always have to use the Awakening Seeds to remove the illusions from the map: if you break them yourself, you can get charges for your mechanical arm.

Devin Millar releases a song about the PROJECT UNITE modifications for the Need For...