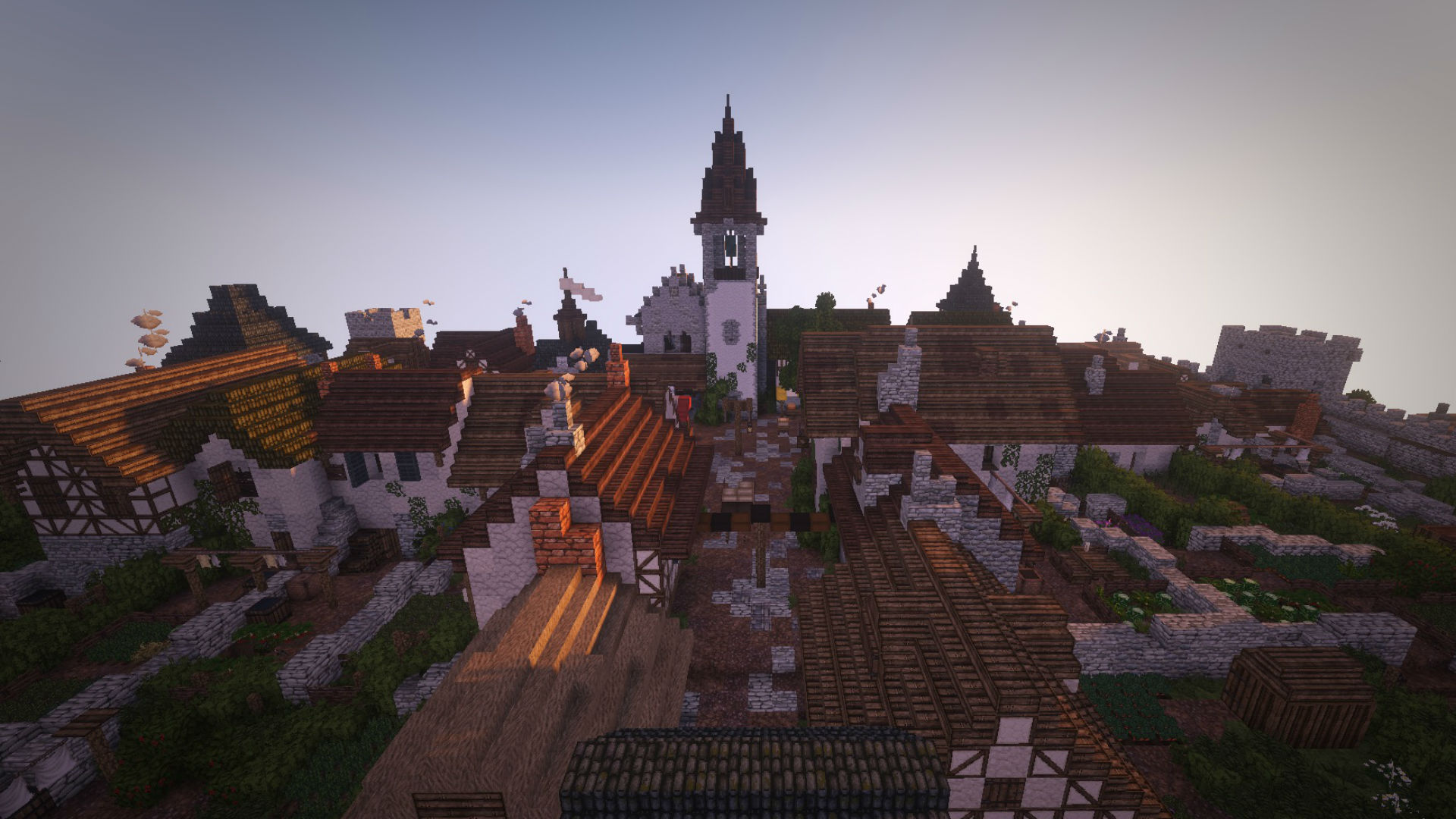 Minecraft is a true phenomenon in the world of open-world video games. Since its launch in 2011, this cute game loaded with blocks and squared landscapes has dazzled players around the world. But while we all know the game thanks to its recognizable and colorful graphics, not all of us know the secret of its success. And the thing is … What is Minecraft, how is it played and why is everyone talking about it?

In today’s article, we are going to get you out of all doubt and immerse yourself fully in the world-building sandbox video game developed by Mojang. So, get ready for an adventure without limit and enjoy this game thanks to our complete guide with everything you need to know about Minecraft.

What is Minecraft and why is it so popular?
Minecraft is a sandbox-style construction and exploration video game developed by the Swedish studio Mojang Studios. This open-world title is known for its simple grid and pixel graphics as well as its lack of a fixed target, offering the player complete freedom to choose their favorite style of play.

With more than 33 million active users, Minecraft is one of the most popular video games of the moment, especially among the younger audience. One of the main reasons for the success of this title is its ability to create worlds. And it is that the gameplay of the title focuses precisely on its construction system, allowing the player to create an environment they can imagine.

Although Minecraft has 5 different game modes (Survival, Creative, Extreme, Spectator, and Adventure), the title is highly appreciated by the gaming community thanks to its mods. These allow you to create personalized games and unique adventure maps, becoming a video game creation tool available to everyone.

How to play Minecraft
Playing Minecraft is really simple and starting a game will not take you just a few minutes. First of all, you need to choose whether to play a game as a single-player or in online multiplayer mode. After that, you will need to create a new world, give it a name, and choose if you want to play the type of game mode you want (Survival, Creative, Extreme, Spectator, and Adventure). As a beginner, it is always advisable to start Minecraft in Creative Mode, otherwise, you will have to deal with factors such as enemy attacks, control your character’s hunger and ensure that he does not suffer damage.

Minecraft worlds are generated randomly, so in each game, your environment and its resources will be completely different. After taking control of your character, you can explore the world at your leisure. By pressing the “E” key you will have access to your inventory, something essential to start building. To start shaping your world you will need to make use of blocks, these take the appearance of materials as different as wood, coal, stone, iron … To get them simply explore the world and click with the left button on trees, rocks, and any object in the world. that you can get material.

Exploring in Minecraft
Once you have enough wood, place it in the 2×2 squares in your inventory to make boards. With four wooden blocks, you can create a work table. This is a fundamental object with which you will be able to create objects such as a pick, a sword, a torch, a shovel, and a host of tools with which to interact with the environment and shape your adventure.

If you have decided to play in Survival Mode, you should build your work table as soon as possible, because at nightfall you will be attacked by waves of creatures. To avoid dying you will need to forge a sword, a torch to see at night and even a shelter During the day, dedicate yourself to exploring the world and collecting new resources in order to build new gadgets and buildings with which to survive one more night.

How to play Minecraft Online
Minecraft can be played both alone and in the company through its online multiplayer mode. In this way, you can explore, build and create your own world in the company of friends. There are different ways to enjoy multiplayer, depending on whether you want to use a LAN; connect to one of their free servers or create your own game using Minecraft Realms. Under these lines, we show you how to play Minecraft Online quickly and easily.

Via LAN
To create a multiplayer game of Minecraft through a LAN network it is first necessary to decide which player will generate the server and be the host of the world in which to play. If this is your case, first click on the “Single-Player” option followed by “Create New World”. After naming the game, select the game mode you want to play (Survival, Creative, Extreme, Spectator, and Adventure) and create the world to play in. After appearing on the map, press “Esc” to open the game settings drop-down menu and click the “Open in LAN” option followed by “Start a LAN world. ” Everything is ready!

The rest of the players will be able to join your game via LAN using the “Multiplayer” option that appears when you start the game. After that, they must select the option “LAN World” and select the option “Enter the server”. If you have followed all these steps, you can enjoy a hilarious game of Minecraft with your friends using a LAN connection.

For free
In addition to allowing multiplayer games over a LAN, Minecraft can also be played with friends using your Internet connection. To do this, first of all, it is necessary to know the IP address of the server and choose the one that offers a type of game that you find attractive. After that, start Minecraft and click on the “Multiplayer” option that appears on the home screen. Then click on the “Add Server” button and add the IP address of the game you want to join. Finally, click on the “Save” button and you will see the name of the server added to the list of multiplayer worlds. Now simply select the server and click on the option”Join the server. ” As simple as that!

To create your server with Minecraft Realms, first of all, it is necessary to start the game with your Mojang account and access the world creation menu. Once you have customized the type of game and the level of difficulty, click on the “Create in Realms” button. If you don’t have a Minecraft Realms subscription yet, click on “Buy Now” and finish configuring the world as you wish. Don’t forget to choose the number of players it will allow either. Once this is done and before creating the server, check the box “Start the 1-month free trial” and make the purchase. After that, you will have created your own server with Minecraft Realms