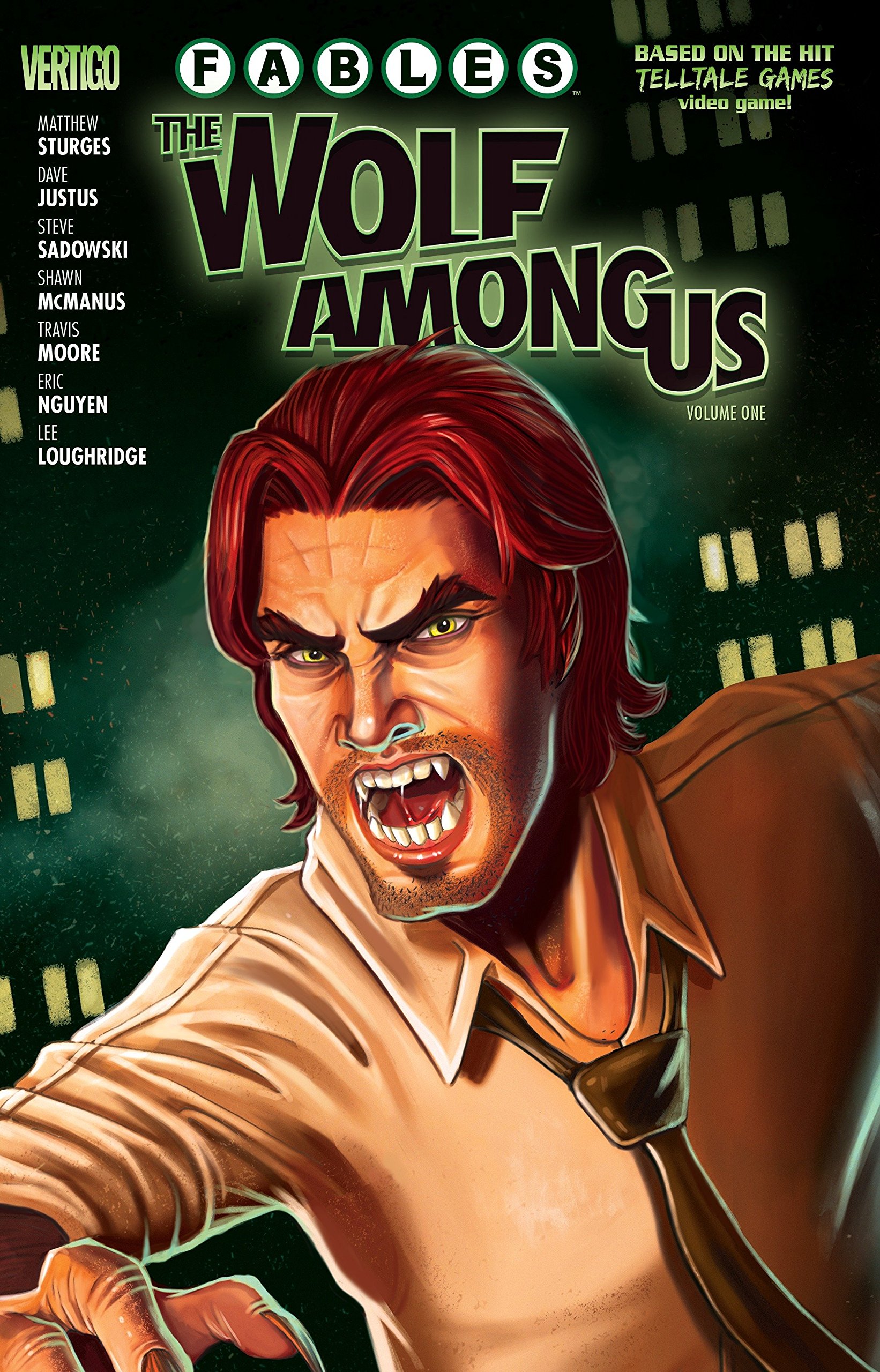 The Wolf Among Us: Vol. 2 is the second volume of the comic adaptation of The Wolf Among Us, Telltale’s graphic adventure that is a prequel to the Fabulous de Vertigo series, DC Comics’ adult line.

We have already notified you with the review of the first volume of  The Wolf Among us, the comic that adapts the graphic adventure of The Wolf Among Us. We told you we’d do a second round to speak of the second volume in the last chapters adapt this story Telltale with the direct prequel to the comic series is narrated Fables ( Fables ), Bill Willingham.

This comic-book adaptation of a video game based on a comic is written by   Matthew Sturges  (a regular writer for various spin-offs of  Fables ) and  Dave Justus. As we already told you in the review of the previous volume, the plot follows more or less literally the facts that we saw in the video game, explaining in broad strokes most of the decisions that the player could make at any given moment. Thus, the first volume stayed approximately a little before the equator of the total plot of the video game, while this second ends the story and even goes a little further. 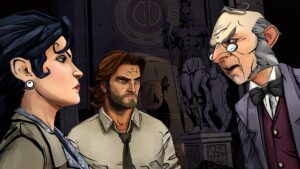 But we are not going to bust the review with unnecessary SPOILERS. In fact, we will only tell you that the comic is quite similar to what you have seen in the video game (if you have played it) and that it explains the most controversial decisions very well. Even more! We can even tell you that The Wolf Among Us: Vol. 2  is an ideal addition if you enjoy the game as dwarves and are wanting more noise. The reasons for making such a claim? We expose them below.

“Why the hell am I going to buy  El Lobo from us if I’ve already played the game?” More than one will ask. Well, I’m going to give you a few reasons, friend “more than one”.

The first of them because if you are reading these lines it is because, and we both know it, you are a fetishist of Fables, or at least you loved the video game. Obviously, if Telltale’s adventure games or the original comic weren’t cool, you’d be reading something else. Like, for example, our review of the latest Assassin’s Creed comic. Hence, according to your tastes, we can already tell you that this comic will please you.

The second is that, possibly, you were wanting to know what else was behind the story of the original video game The Wolf Among Us. Pray because you didn’t unlock all the codex entries, pray because (with a good detective’s eye) you found numerous loose ends that didn’t quite fit. If so, then friend, the comic of The Wolf Among Us contains the keys you are looking for. 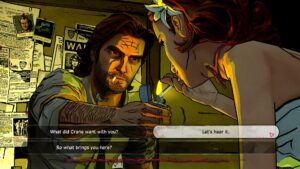 And the third, because, without a doubt, we are facing one of the best comics based on a video game that we have found to date. Although its inclusion, we have to admit, we reserve it for a second list on comics inspired by a game. On the whole, the comic-book quality of The Wolf Among Us is really good, something unusual for a video game comic. Although, perhaps, this last assessment is due precisely to the fact that The Wolf Among Us is, after all, a title derived from Fables, one of the best comic book collections of the early 21st century.

The Wolf is in the details

Beyond these considerations, we must point out that our verdict in favor of this second volume of El Lobo among us lies precisely in the fact that we are facing a superb tie for an atypical collection. Normally, comics based on video games used to be (excuse me) tricks that only the sickest gamers and with a rather thick ribbon will digest, willing to swallow any slop that bears the stamp of their favorite game. At least until the last few years.

Titles like the Tomb Raider comic, Injustice, or even those derived from the Batman Arkham series have brought freshness to this trend. The Wolf Among Us is consolidated as one of those video game stories that one can read without having played the game and enjoy it to the full. Apart from the fact that a good part of the merit lies in the fact that it is based on an original comic, one of Vertigo’s most prestigious, The Wolf Among Us has two very lucid feathers, those of  Matthew Sturges and Dave Justus, who demonstrate knowledge of the material on which they work and a lot of coherence when building their story. To the point that their detective story is spun in such a way that they do not leave a single loose end, that cannot be solved, pray for the game, pray for the subsequent continuity of the Fables comic.

Parallel, illustrators  Travis Moore, Shawn McManus, Eric Nguyen, and Steve SadowskiThey offer a very attractive visual section for both the fan of the game and the comics. His portraits of the characters, as we said, are faithful. But they are also successful not only when it comes to capturing them, as we saw them in the games. Also, the construction of scenarios is according to what we saw during the games. Hence the adaptation does not squeak like a Tortuous Man … and is familiar to us, but also comfortable. Or not? In addition, the differences in styles between one illustrator and the other will be precisely that of adapting their illustrations to the different atmospheres of the story, giving us paintings that work very well in each of the moments that make up the story. Now let’s talk about fighting sequences, sepia flashbacks, or simply running action.

One of the drawbacks that we find in this work is precise that when expanding the discourse and exposing more details that were overlooked in the original plot of the video game, we also found quite disturbing and disturbing elements, which perhaps irked sensitive stomachs. Undoubtedly, the resolution of the story by Sturges and Justus, although perfectly argued, is somewhat more bloody and harsh than the original. If you’re not up for a bit of sleaze, in the purest old-fashioned fairy tale style, don’t mess with The Wolf Among Us. You are warned.