The new villain of Ant-Man 3

Jonathan Majors will play Can the Conqueror in Ant-Man 3. Find out who is the villain of this time travel.

First of all, it should be remembered that the Marvel Cinematic Universe tends to change the origin of the character slightly. So now, all the information we have about the Conquistador, the new villain of Ant-Man 3 can be found in the cartoon. Still, it certainly has very similar elements, so it’s a good idea to know more. 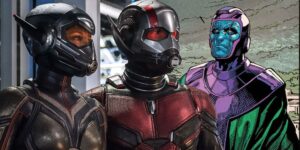 The Ant-Man film subtly establishes the idea of ​​time travel in the Marvel Cinematic Universe, thanks to the quantum domain. The reality is that time and space become meaningless.

The concept became central to the Avengers: End game as Tony Stark understood how to use quantum realms and pim particles to move time. This allowed the Avengers to recover the Infinity Stone, allowing them to recover half of the life of the universe before finally defeating Thanos.

Time travel is a tricky business, and unfortunately that means many time-traveling characters have complex backstories and variations.

In the comics, Kang the Conquarer, the new villain of Ant-Man 3, was named Nathaniel Richards. He is a descendant of Fantastic Four’s Reed Richards and Sue Storm. He was born in the 30th century when the world was consumed by violence. 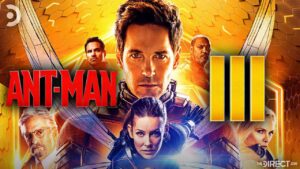 But Kang brought peace by conquering the planet. With access to the time machine, Kang began to expand his conquest throughout history, frequently inheriting other identities such as Immortus, Scarlet Centurion, and Pharaoh Lamatut.

Kang the Conqueror’s time travel has essentially become a complex event of space-time in itself, and the timeline has changed many times around him. He cares little about the laws of time and has frequently interacted with his own personal history. At one point this didn’t work very well.

His teenage self was disappointed with his future and tried to get rid of it by going back in time and establishing Young Avengers as Iron Lad. Kang’s different identities (Immortus, Ramatut, etc.) have all split up and become almost different in their own right. In Kang’s story, it’s not uncommon to see two versions of Time Traveler facing each other.

The Kang Conqueror begins in the 30th century when humans learned to improve their physical strength, speed and other physical strength. In this way, he is above the peak of humanity and is easy to operate at the level seen by today’s super soldiers like Captain America.

A descendant of Reed Richards, he is an unparalleled genius and a very skilled strategist. He was able to conquer the entire 30th century and extend that conquest to a dimension known as Limbo. A place that can be replaced by the quantum domain of the Marvel Cinematic Universe.

Unfortunately, Kang’s greatest strength, his relentless determination and indomitable will, often serves as his greatest weakness. He could not see the challenge of inadvertently defeating it, and at one point his tenacity constantly returned to fight the same battle with Ultron, a multiverse by destroying time and space. Almost destroyed the whole thing.

He wears powerful battle armor and has access to every weapon in history.

Add to the weapon items created after the 30th century that you could get thanks to your journey to the future. He has a summoning technique built into his armor, allowing him to summon weapons that he may need over time. In addition, the Conquistador Kang travels through history to recruit the best warriors, defeat them in battle, and recruit them into his army. Naturally, he prefers to lead head-on.

The impact on Marvel movies can be cruel. This is because Ant-Man 3 can introduce the Fantastic Four. But I also saw characters like Ultron, Iron Man, Thanos, and objects as powerful as Infinity Stones. So if Kang’s conqueror is like a cartoon, he could turn into an event, not just a villain. Have him change everything at any time.