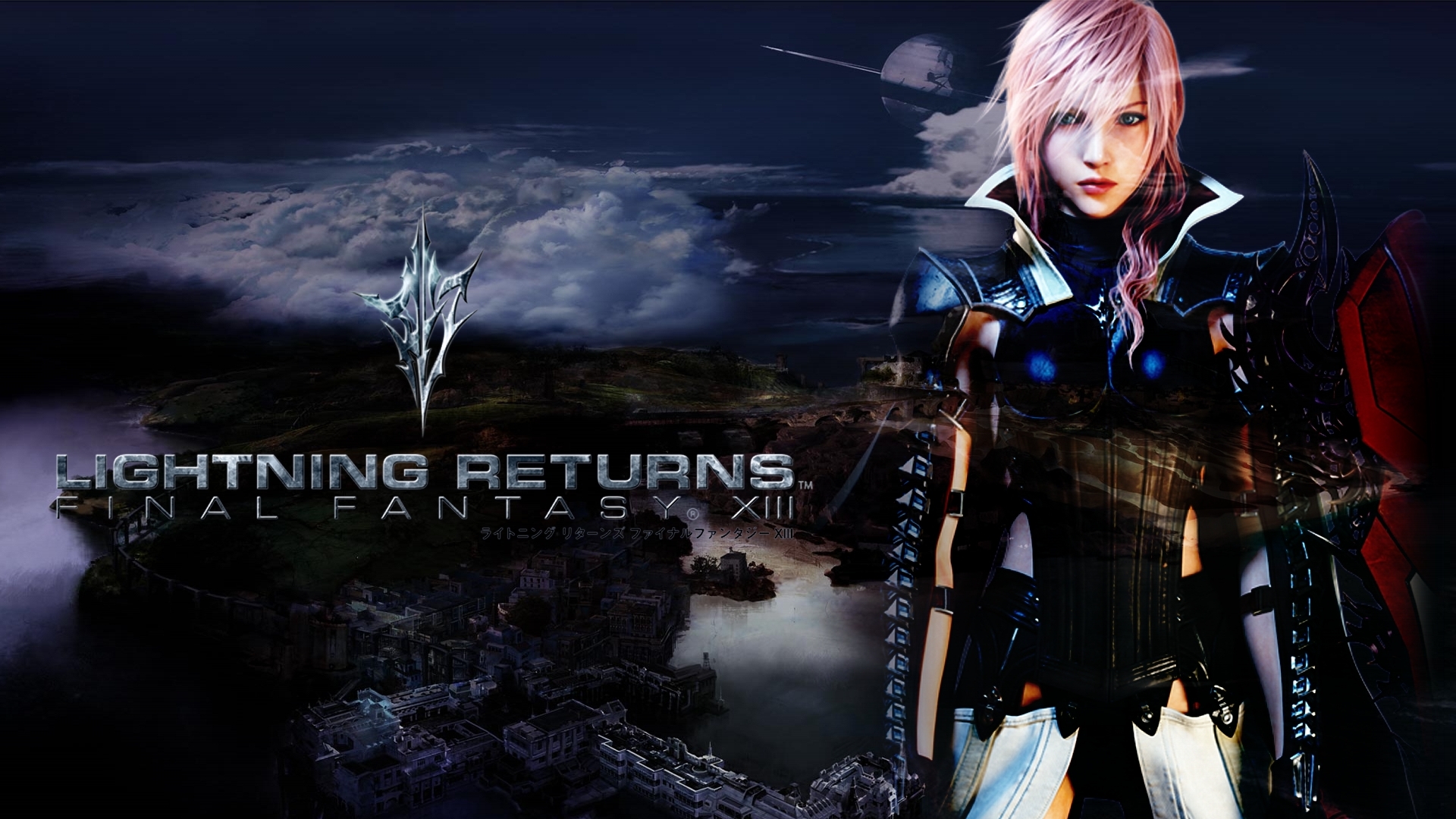 “Lightning Returns: FINAL FANTASY XIII” (LRFF13) is a game software for PlayStation 3 and Xbox 360 released by Square Enix in 2013.
This is the sequel to “FF13-2” and is the final chapter of the trilogy that continues from “FF13”.
In the world heading toward the end 500 years after the previous work, the main character Lightning of “FF13” will play the leading role again and fight to save people.

“Lightning Returns: Final Fantasy XIII” (LRFF13) is a sequel to FF13-2.
This is the final version of the FF13 trilogy.
In this work, Lightning, which became a crystal at the end of FF13-2, is revived and becomes the main character again.

The FF13 trilogy is also called “Lightning Saga”, and the story is completed with this work, and the ending is waiting for a big circle through the trilogy.

500 years after the ending of FF13-2, the world “Nous Partus”, where people became immortal due to the influx of chaos, will be the stage of this work.
It will start from any continent, adopt an open world with the concept of day and night, and clear the main scenario and side scenario in a limited time. 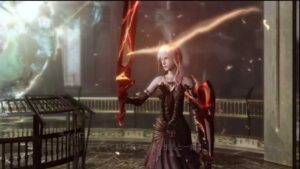 The system called “World Driven”, which is a feature of this work, is a system in which the world constantly changes with time and environment, and the conversation and action range of the character, the occurrence of quests, the appearance monsters, etc. differ depending on the time zone.
The flow of time is an important factor as the world is heading towards the end and will serve its purpose in a limited amount of time.

On the system side, instead of the previous work “Paradigm Shift”, “Wear” was adopted to change clothes like a job.
In battle, elements like action games have been added, such as pressing buttons at the right time to attack or guard.
The growth system grows with the success reward of the quest.
The story consists of 5 main quests and 1 final quest, for a total of 6 quests.
Since it is necessary to manage the time by “World Driven” to capture quests, the difficulty level is slightly higher than the previous work. 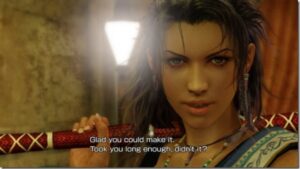 500 years after the previous work, Lightning becomes an apostle of the Supreme God Booniverze and will fight again to save the people who live in the chaotic world “Nous Partus”.
However, the end of the world that will come soon cannot be avoided.
The purpose of Lightning is to get rid of the worries and anxieties of the people of the world where time has stopped, to make the soul peaceful and to release the soul.
In that way, people’s souls can be reborn into the next world that will be newly created. 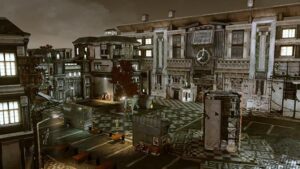 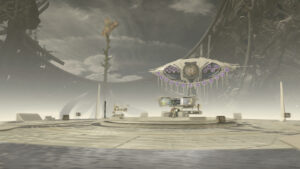 A base for the adventures of “LRFF13”.
It is in the artificial cocoon that Hope completed and surfaced in the previous work.
It is a space completely independent of Nous-Partus, and time does not pass here.
Players will operate Lightning, return to the ark every day at 6 am, give their brilliance, receive advice and gifts from Hope, and then travel to Nous-Partus again. 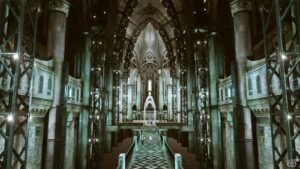 Cathedral of the Salvation House.

Based in the cathedral built to the southeast of the light city of Luxerio, it is the actual governing body of Nous-Partus.
He believes in the Supreme God Booniverze and is tired of being too long and wants to “reincarnate into a new world.”
It protected Vanilla and Fang who awoke from the crystal.

A mythological system common to the world, including the “FF13” series.

At the beginning of everything there was a goddess called “Muin”.
The world consisted of two things: the visible, visible real world and the invisible, invisible world, “Valhalla.”
And it was the “soul” that revolved around the world and controlled the circulation of the world.

Muin had a son named “Booniverze”.
His son, Booniverze, gained the real world by persecuting his mother, Muin, and driving him into the invisible world of Valhalla.

However, when Muin closes “Valhalla”, the circulation of the soul is stagnant, the balance of the world begins to collapse, and the collapse of the real world begins.

Booniverze, who thought that the cause of the collapse of the world was Muin, created three new gods, “Pulse,” “Etro,” and “Linze,” and fell asleep as a crystal.
The three gods were tasked with finding the door to the invisible world where Muin was.
They are said to be the first “falsi”.

And among those three, “Etro”, who was the only one who was not given power because he resembled his mother Muin, mourns his existence and disappears.
The existence of “human beings” was born from the blood that flowed out due to this disappearance.
After Etro disappeared, it was “Valhalla” with Muin.
Etro, who arrived at Valhalla due to his disappearance, was taught by Muin about the “circulation of the soul” and became the existence that manages the “chaos” of Valhalla’s soul instead of Muin.

Etro gives humans “chaos”, which becomes the human heart.
Etro’s giving heart to humans managed to maintain the balance of the world.

After that, the increasing number of humans in the real world worshiped Pulse as “Almighty God”, Linde as “Guardian God”, and Etro as “Grim Reaper”.

In “LRFF13”, the goddess Etro has disappeared, but it gives the main character Lightning its power.
In addition, the interpretation of the “invisible world” used to refer to the chaotic world “Valhalla,” but it also refers to the human mind itself born from that chaos.

Falsi is a super-dimensional machine created by the gods in ancient times, and uses crystals as the source of power.
God left Falsi and humans and left the real world.
After that, Falsi came to control humans.
Falsi has missions such as food production, weather control, and reclamation, and has a common purpose of searching for the lost god.

Luci is a human being given a mission by Falsi.
Falsi cannot act in any role other than his or her original role, so by making humans Luci, he tries to fulfill roles other than his own role. 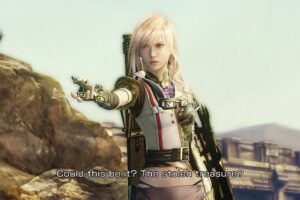 The human being chosen by Falsi takes on a mission through a paranormal image called vision, and the stigma of Luci appears somewhere on his body.
There is no choice on the human side, and Falsi unilaterally chooses Luci.

Humans who become Luci have no choice but to infer their mission from the vision they see, and there is no clear revelation.
Therefore, there are cases where the mission is achieved by chance through the intervention of a third party.

A human who becomes a Luci becomes a crystal when he fulfills his mission, and becomes a monster called a skeleton if he fails to fulfill his mission.
In addition, there is a deadline for carrying out that mission, and the progress can be known by changing the stigma.
Either way, you can’t stay human and usually you can’t go back.

The world towards the end

The world 500 years after the last of FF13-2.
At the end of the previous work, the goddess Etro died and chaos wrapped the world.
At the same time, the “soul circulation” that Etro was doing was no longer performed, and the souls of the dead could not be reincarnated.
As a result, the time of the world stopped, and the people who lived there did not grow old, but no new life was born.
In a world where no new life is born, humans do not die at the end of their lives, but they die in accidents and illnesses, so the number of humans is declining.
In other words, humans are on the verge of extinction.

On the other hand, Lightning is defeated in a battle with Kyuss in another space-time and is to help Noel and others, but after that he learns about the death of the goddess and the death of Sera.
Frustrated Lightning, who lost his beloved sister, made a casket of Sera in his heart, and while keeping Sera’s memory in it, he turned himself into a crystal and continued to wander the time of eternity.

The world has lost the concept of time, and every day has just been repeated.
The world was gradually eroded by chaos and soon disappeared.

Thirteen days before the end of the world, Lightning woke up from Crystal.
The voice that awakened was Booniverze, the Almighty God who governs this world.

Booniverze, the god who governs this world, was trying to abandon the disappearing world and create a new world.
He tried to get Lightning to gather the souls that should live in that world.
Guided by Booniverze’s voice, Lightning decided to take on the task instead of surviving Serra.
Since the soul cannot be reincarnated in the chaos, it was necessary to rescue it from the chaos, that is, to “release” it.
Therefore, he gave Lightning the task of being a “liberator” to take the soul to the new world.
The grace period is 13 days.

A liberator is “a person who releases people’s souls and leads them to the next world,” and is like a savior to the perishing world.
Hope, a former companion, was chosen by Booniverze to support and monitor the Lightning mission.

The base of Lightning and Hope is a place called the Ark.
The ark is in the artificial cocoon launched by Hope at the end of “FF13-2”.
You can look up various information around the world with a huge machine in the ark.

According to Ark information, it has been confirmed that there are five souls in the world with particularly strong feelings, and Lightning’s immediate mission was to release those five souls.

If you don’t eat chicken, you will not be able to keep up with...