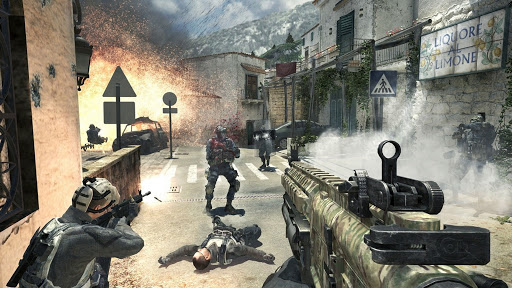 There has always been a deep misunderstanding about the game. On the one hand, there have been endless debates about “whether the game is addictive”; on the other hand, many people believe that the many violent elements in the game will have some negative effects on players’ lives.

1. There is not enough evidence to show that violent games and personal crimes are causal

Among the 33 campus shootings in modern American society where video games have become daily routines, only 4 of the murderers were identified as game enthusiasts, which is far lower than the proportion of players in daily life (about 70% of male students in American campuses All have the habit of playing games).

The Secret Service report shows that the impact of games on murderers is very limited. Among them, 24% are interested in violent books, only 12% are interested in games, and 37% are more obsessed with their own original works. (“Games promote the spread of violence in the real society”? This argument is not new, and it is as always debatable”)

In fact, there has been insufficient evidence to show that violent games and personal crimes are causal.

Research by Markey, PM, et al. (2015) shows that, contrary to the claim that violent video games are related to aggressive attacks and murders, there is no evidence that this medium is positively related to real-world violence in the United States.

The study by Scott Cunningham et al. (2011) stated: Violent video games may lead to a reduction in violent crime. When people vent their extra energy and offensiveness in violent games, they probably won’t make trouble in real life…

There is not enough evidence to show that there is a causal relationship between the two. Why would anyone still misunderstand this?

2. Why is there a misunderstanding that “violent games lead to crime”?

Violent games and criminal behavior may have a certain correlation. Related research shows that teenagers with pre-existing radical behavior are more likely to choose to play violent games.

This in itself is understandable. Relevance does not mean causality, but many people have misunderstood this.

Moreover, in many so-called “violent games”, violence is only a means, the ultimate goal is to win the game, not violence for the sake of violence. Just looking at the violent side of the game to take out of context is a bit too arbitrary.

In related reports involving “violent games and criminal behaviors,” the common logic is “how many murderers have played video games (or played a certain violent game before the attack, etc.). Therefore, the game caused Homicide”.

At first glance, it may seem that there is no problem. If you think about it carefully, you will find that this logic is untenable.

By analogy: All the murderers wear shoes, so shoe factories should be banned? Most of the murderers have eaten apples, so apples cannot be sold…

This logic also applies to the discussion of “the correlation between violent games and criminal behavior.”

n order to create topics and gain attention, many bad media will fabricate facts in articles or force causality.

When people are exposed to false information repeatedly, they will change their original views and turn to believe in false information. This phenomenon is called “the illusion effect of truth” in psychology.

The illusion of truth will affect our judgment of things. Then, when the information involved is in our known knowledge, will this misleading still exist?

Research by Lisa K Fazio and other scholars (2015) shows that the effect of the illusion of truth has the same strong influence on known and unknown items, that is, existing knowledge cannot prevent the repeated illusion from shaking our reasonable judgment.

In other words, regardless of whether the information is known or unknown when misleading content appears repeatedly in the media, many people believe it is true.

This kind of media misleading (the illusion of truth effect) is also one of the reasons why people have misunderstandings-“violent games lead to criminal behavior.” 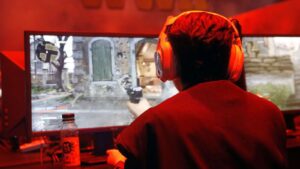 Video games should not be the target of public criticism. The author is not saying that there is no correlation between violent games and criminal acts, but it cannot be simply and roughly classified as “violent games leading to criminal acts.”

In fact, there are many factors that affect a person’s criminal behavior: family environment, personal growth experience, personality factors, etc. may all trigger (or trigger after superimposition) criminal behavior.

But it cannot be deduced backward, believing that “the presence of XX-like family environment, personality, and preferences will lead to violence.” This logic is incorrect. 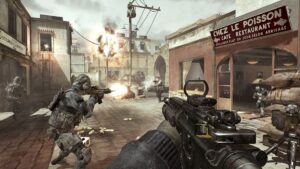 Finally, summarize the points mentioned in the article:

RISE OF THE TOMB RAIDER REVIEW