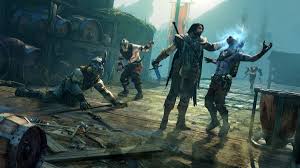 I’d cleaved apart 200 or so bad guys before I had the grim epiphany that a video game had turned me into an expert in the insurgency.

Middle-earth: Shadow of Mordor, the new video game that serves as the connective tissue between The Hobbit and The Lord of the Rings trilogy, isn’t shy about violence or the purpose it serves. A button is assigned to “Brutalize,” a lethal and grotesque flurry of cuts and stabs meant to kill one enemy but more importantly horrify nearby survivors, dispersing them like a herd of spooked deer.

I’m embarrassed about how little the violence affected me at first. I’ve played hundreds of graphically violent video games, and Shadow of Mordor felt initially like another member in a line that will continue into infinity. I was just killing Uruks, defeating bad guys, making my way through the game’s story. The usual.

But as I watched my character revenge the death of his wife and son by furiously lunging a blade in and out and into a lifeless Uruk corpse, scaring away the few Uruks that survived his wrath, it hit me: I’m pretending to be a murderer and a torturer, a man who dabbles in terrorism and slavery to somehow right personal wrongdoing. I’m the Jack Bauer of Mordor. 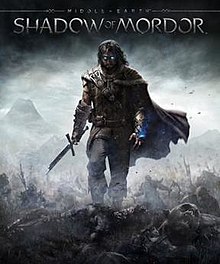 And like watching Jack Bauer wreak havoc on the threats against America at all cost, I perversely enjoyed almost every moment of it — until a graphic beheading broke whatever mental barrier I have that says, “What the hell is happening here?”

I think that’s because there’s something dangerous and appealing about fear — a weapon of politicians, terrorists, and guerrilla soldiers alike. Fear is the heart of the Shadow of Mordor, the crux of the feature most praised in the game’s many glowing reviews. The publisher calls the feature “the Nemesis System.” Essentially, from the earliest moments of the game, the player has the option to defer the game’s scripted story, and instead hunt and kill Uruk leaders.

First, you must dwindle a small tribe of low-ranking Uruks to a sole survivor. With the soldier vulnerable, you torture him for information to the point of death (read: enter his mind with deadly elf powers) and learn the identity and general location of a higher ranking Uruk leader.

This process is repeated on increasingly high-ranking Uruks: you learn their locations but also their strengths, weaknesses, and fears. Before you take on a war chief, you’ll torture dozens of soldiers and even captains to learn how to best assassinate him. And you’ll do the same for his guards. 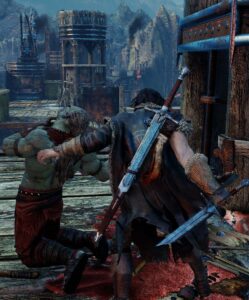 Stalking, torturing, terrorizing, and assassinating Uruks is cruel and malicious, and the game sometimes acknowledges as much, calling your actions into question with bits of dialogue. But all internal criticism feels superficial alongside literally dozens of hours of instilling fear into the hearts of my enemies with my bow and sword.

And to be clear, you torture in this game: You have the option to beat an enemy within an inch of his life, and only at that point will he reveal information or switch loyalties out of fear. That is torture. Later in the game, your character unlocks the ability to send beaten Uruks as threats to their superiors, and also the option to enslave Uruks, to have them fight alongside you — until you tap a button that kills them all. It’s an odd twist, considering scattered throughout the game up to this point are optional missions to save human slaves from Uruk masters. 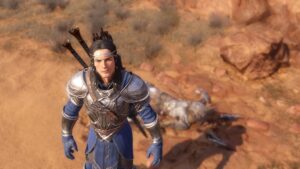 Fear is the keyword.

The concept of this game is shocking when you think about what’s actually happening. As an ultra-powerful white dude, you use fear and extreme acts of violence to manipulate an enemy’s behavior, destroy its militaristic structure, and ultimately gain control of it in the form of living bondage despite being outnumbered by the thousands. Really, chew on this: This is a video game about a spurned man terrorizing an entirely foreign culture, literally killing, branding, torturing, and enslaving hundreds of living beings. And really they’re only tangentially connected to the man’s real enemy: another ultra-powerful white dude.

I’m a casual Lord of the Rings fan, so this game is introducing me to an abundance of writing on the complexities of race and the exploitation of cultures within Tolkien’s best-known works. That your hero’s path to revenge is through an entirely different culture is loaded, something I’d love to see unpacked further by critics. And I’d like to see the developers address what your actions mean, and not in the trendy self-aware way, in which games about killing hundreds of people patronize you for enjoying video games about killing hundreds of people. No, if this is the sort of game a developer wants to make, I want them to justify it, to say why, and not have it be in the form of half-hearted finger-wagging about a gore-soaked genre that makes billions of dollars a year.

Shadow of Mordor is horrific and gross, but so well executed — I’m so sorry — that I can’t walk away from it. I like the power it gives me, which I recognize is a part of why I love so many big-budget, violent video games. What’s uncomfortable, frankly, is how Mordor makes me keenly aware of where the power comes from and at what expense. It’s as if the creators stumbled upon a relevant commentary about the use of violence and terrorism to force change, but didn’t quite know how to wield it. 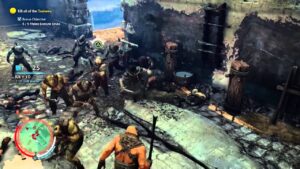 I want video games to tackle tough issues about torture, terrorism, and guerrilla warfare. What’s more, I want to play those games. But I don’t want to celebrate those things, and I definitely don’t want to make giving up my morals as easy as hitting the “Y” button to Brutalize.