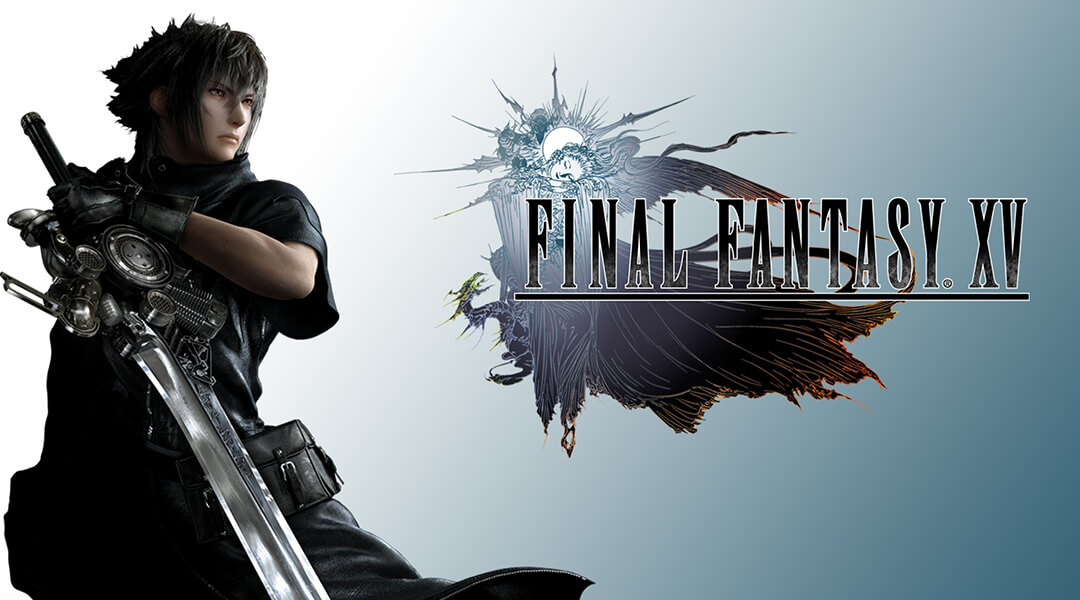 The 15th work in the popular role-playing game “Final Fantasy” series.
The battle is not a conventional command battle, but the first action battle in the series.
You can enjoy a more realistic view of the world by adopting the “open world” format that allows you to freely explore and capture the vast world.

Due to the betrayal of his ally, the young prince Noctis sets out on a journey with his friends to regain his collapsed homeland. Is it God or fate that awaits him? 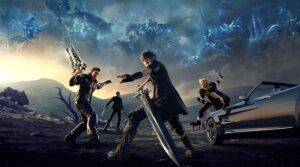 FINAL FANTASY XV (FF15) is the 15th popular RPG series.
In this work, it is the first action battle from the command input battle so far.
However, even though it is an action, it is not a difficult operation.

“Wait mode” that temporarily interrupts the battle is also adopted in this work.
Recommended for those who are not good at action.

The highlight of this work is that you can move around the vast world as you like. You can also move by car or chocobo, so you can enjoy the beautiful scenery as if you were sightseeing.
The car is available from the beginning, so you can customize it to your liking.

In addition to the main story and sub-story, there are many missions that you can receive at any time.
By advancing the main story, the story will lead to an amazing ending (discussed below). 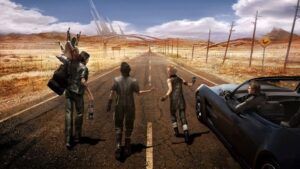 The long war between the kingdom Lucis and the empire Niflheim was about to end.
A few days before the signing ceremony of the armistice agreement, Prince Noctis of Lucis will leave the royal capital with his friends.

As a proof of peace, he was supposed to have a wedding with his daughter Luna Frena, a nobleman and god of the empire’s province of Tenebrae.

However, on the day of the signing ceremony, Empire Niflheim betrays Lucis and attacks the royal capital.
Noctis learns of the betrayal of the empire and the deaths of Noctis’ father, King Regis, and his fiancé, Luna Frena, in a radio report during the journey. In addition, Noctis himself died, reports said.

The peaceful days of the past collapsed overnight, leaving Noctis with only three friends and his father’s car.
Noctis continues his journey to the truth while fighting the invading Imperial Army.
During the journey, Noctis meets the Imperial Chancellor Arden.

This world is suffering from a “star disease” that is being enveloped in darkness. Only King Noctis, who was chosen as the crystal, can pay the darkness.
As a god Nagi, Luna Frena tries to borrow the power of the six gods of this world for Noctis.

Luna Frena will interact with Leviathan in a floating city within the Imperial territory, where the Imperial Army, led by Arden, appears.
Luna Frena was killed by Arden and her companion Ignis was blinded for a short while after she was finally able to meet Noctis.

Noctis was disappointed, but when he saw Lucis’s ring that Luna Frena gave to Noctis, he went to the empire with his friends to fulfill his mission.
Board the fortress of the Imperial City to recapture the Crystal that was stolen by the Empire. On the way, Noctis, who was separated from his companion, puts on Lucis’s ring for the first time there.

Noctis learns here that the people of the royal capital of the empire, including the king, have been stigmatized by Arden.
Arden was the main cause of all. And his true identity was a member of the Lucis royal family, the ancestor of Noctis, who had the power to cure people who had become sick due to star disease. While sucking the disease, he also became sick, immortalized, and banished from the royal family.

Arden vowed revenge on the Lucis royal family and accumulated a mighty dark power over a long and long time.

Noctis interacts with the crystal behind the fortress and is trapped in the crystal.
In the crystal, Noctis talks to one of the six gods, Bahamut, and is told to save power to gain the power of the true king.

Noctis is ready to return to a world where the darkness is covered and the day is gone.
It’s been 10 years since he was swallowed by Crystal.
The companions have also been fighting Arden’s servants for 10 years.
Noctis and his friends reunited.

But both Noctis and his companions knew his mission.
To use the power of the true king is to lose his life.

Noctis then embarks on Arden’s lost home, the royal capital of Lucis.
With the help of successive Kings of Lucis, Father, God and friends, Noctis defeats Arden, bets his life on the illness of the stars, and uses the power of the true king.

The rising sun rises in a world covered in darkness. The darkness has been paid.

And the last scene.
A slightly grown Noctis sits on the throne.
Beside that, there is a smiling Luna Frena, who is looking at one photo taken by Prompt. looks fun.

FF15 is a basic action battle.
The difficulty level of the battle can be switched at any time during the game.
For those who are not good at action, we recommend Easy Mode, which lowers the difficulty of battle.
In Easy Mode, Carbuncle can help you when Nokto becomes incapacitated.

Also, if you turn on the wait mode, the time will stop when you stop the operation during the battle, and you will be able to carefully select the target and command.
There is a tutorial so you can practice the battle at any time.

HP and MP automatically recover.
Since it takes time during battle, you can recover by resting at the recovery point.
Evasion and abilities consume MP. It is not consumed by magic.

Even if HP becomes 0, it will not be incapacitated immediately and will be in a pinch state. In the meantime, you may use recovery items or your friends may help you.

The main character, Nokto, can switch weapons in real time to fight “weapon summons”, and there are also special weapons.

There are also “cooperation techniques” with party members, “parry” that decides the counter at the right time, “magic” that you refine yourself, and “summoning” that is familiar in the FF series. 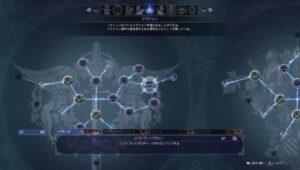 In FF15, unlike the previous system, no money or experience points will be entered at the end of the battle.

If you complete a battle or quest, you can get rewards and experience points by reporting to the client, but it will not be reflected in the character unless you stay at a camp or hotel.
Also, depending on the facility you are staying at, you may get an accommodation bonus to increase your experience points.

The growth factor of the character is done by a system called ability call.
You can succeed in conversation options with your friends, and get ability points (AP) for quest capture, level up, battle, etc. 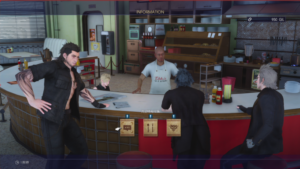 FF15 is a game that handles main quests, sub-quests, and subjugation requests.
The main quest is a quest to advance the story, and the subquest is a sub-event that is not involved in the main story.

Subjugation requests are missions that can be received at restaurants in various places, and the main content is demon subjugation (mob hunt).
There are also special quests with friends. 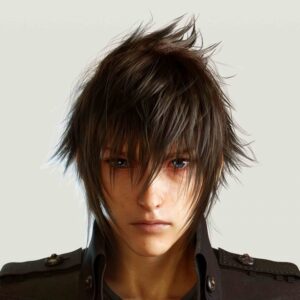 Prince of the Kingdom of Lucis. 20-year-old.
Nicknamed “Noct”. The son of King Regis of Lucis, he is considered the next king.
You can use the power of the royal family to spawn multiple weapons by releasing the power of the crystal.

He lost his mother when he was young and grew up with one father and one child.
He seems to be a little frustrated with his upbringing and environment, which is linked to his princely language and attitude.

That behavior can be a source of princelyness and conflict with those who seek responsibility.
I can’t express my feelings honestly, and even my friends often misunderstand me.
Three best friends support him and serve as a good adviser.