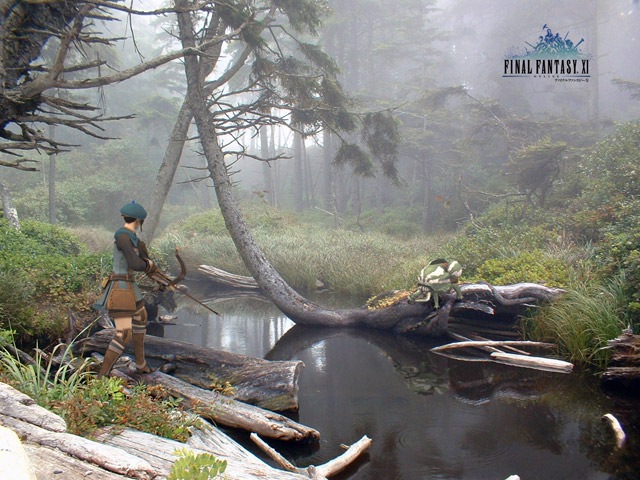 FINAL FANTASY XI (FF11) is an MMORPG (massively multiplayer role-playing game) for PlayStation2, Xbox360, and Windows developed by Square Enix.
Currently, only the Windows version is in service.

The player becomes an adventurer in the world called Vana’diel, and completes various quests while communicating with other players. 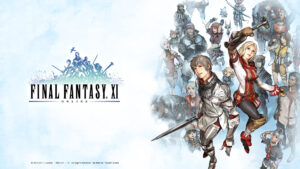 FF11 is the first online game MMORPG in the FINAL FANTASY series released for PlayStation 2 by Square Enix in 2002. It is provided through Square Enix’s online service “PlayOnline”.
MMORPG is an abbreviation for Massively Multiplayer Online Role-Playing Game, which means “massively multiplayer online role-playing game”.

Online RPG is a game in which an unspecified number of people can communicate with each other in the game via the Internet, fight monsters, manufacture and sell items, etc. in the game, and can freely adventure.

Players create their own character (PC) and adventure in the Vana’diel world of FF11.
As an adventurer in the game world, the main purpose is to raise your own PC by fighting monsters and clearing events and quests (events smaller than missions) called missions.
Although there is a story as a big flow, the player is free to decide how to proceed.

Live your life as a resident of the in-game virtual reality world by chatting with other players in in-game chat, collaborating on missions, buying and selling items, and more. You can enjoy it.

The PlayStation 2 version and Xbox 360 version service ended in March 2016, and the service is currently ongoing only for the Windows version.

It was announced that the Windows version will not undergo major updates after April 2016, and will continue to operate with only minor version upgrades. 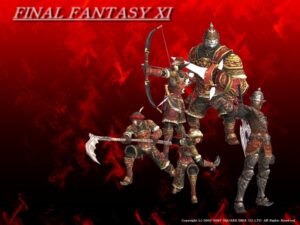 Vana’diel, the world created by Altana, the goddess of dawn.

Five races of “humans” live in the two continents, Kwon and Mindarcia, located in the center of the continent.

They were divided into three countries and were fighting for supremacy.
Sandria, the kingdom of the Elvan tribe, a forest people located in the north of the Kwon continent.

Based on mine development, the Republic of Bastok is an industrialized country where the Hume tribe, who looks like a “human” in the real world, and the Garka tribe, who is strong and strong, live.
Windurst, a federation of childish-looking Tartars and cat-like hunters Mithra, located in the steppe zone south of Mindarcia.

The other country is the Grand Duchy of Junho, a neutral emerging nation located at the strategic point of east-west transportation connecting the continents of Kwon and Mindarcia, where various races live.

The existence that is paired with them is the “beast man”.
The Orc Empire, a warrior who lives only in power, is in conflict with Sandria.
The Kudaf Corps has a hostile relationship with Bastok over the mines.

A cunning Karasu Tengu Yagudo sect that has a cooperative relationship with Windurst but cannot be alert.
A goblin tribe who earns a living from peddling, robbery, and mercenary business without having a country.

Since official service started on May 16, 2002, FF11 has released extended data as a software package that adds and updates the contents of the game.

The package is a set of a disc that serves as extended data and a registration code for registering extended content for playing.

By installing the disk and registering the extended content, you will be able to go to a new area. In addition, new stories and missions, quests, or new jobs have been added accordingly.
There are five extended data packages for major updates:

Sales format is extended data disk package sale, from the website It is sold as a download.
It has been announced that the major update will end with the expansion disk of “Adulin’s Makyo”, but in the future we plan to make minor updates such as bug fixes and minor version upgrades by downloading. 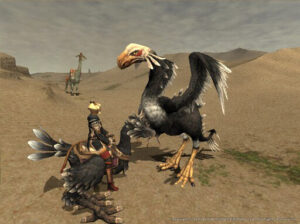 Ruin of the ancient Gilat people

Ten thousand years ago, an ancient civilization called Jirato swept the land of Vana’diel.
The Girats discovered five giant crystals in the ground around Vana’diel, decomposed their power into small crystals for each attribute, and used them.
This small crystal is an item called a crystal in this world.

By synthesizing this crystal, it is possible to create things necessary for daily life such as equipment and cooking.

At one point, the magical brother and prince of Jirato touched the power of a giant crystal and saw a vision of the “true world” where the gods live.
The Girats, who shared their vision through the prince, began to want to go to the world where the gods lived.

In order to go to the true world, it was necessary to concentrate the power of the five giant crystals on one point and maximize that power.

For that purpose, I drew a crystal line connecting huge crystals in various places and concentrated all the power on the artificial island Tou Ria.
He then installed the Tower of Delkufu, a device that controls the power of giant crystals, in Tou Rear.

The Gilat people finally tried to put into practice a plan to pave the way for the “true world.”

However, the Clews, who are part of the Gilat people, believe that the plan will buy the wrath of God and pave the way for the true world will lead to the collapse of Vana’diel, and to prevent the plan.

The five giant crystals that went out of control transformed the surviving Girat people into five human races.

In addition, the power of the giant crystal amplifies the darkness held inside the hearts of the five races, and they have come to compete with each other.

The story of the creation of the human race by the people of ancient Gilat began to be told as a myth.

“Once upon a time, the ancient Girat bought the wrath of God in an attempt to enter the paradise of the gods and perished
with the world.

Five races were born from the five tears spilled by the goddess Altana, who was saddened by the misery of the collapsed world. The races are Elvan, Hume, Garka, Tartar, and Mithra.
However, the curse of the goddess Promathia has caused the five races to compete with each other.

Promathia has created a new race, the Beastman, that is hostile to the people . Create. ”

Unlike the tradition, there are various theories about the origin of the actual beastmen, such as being human, but the exact origin is unknown.
Unlike humans, each race seems to have a different origin.

Today, Vana’diel has four nations under their five races.
The Windurst Federation of Tartar and Mithra, who have excellent magical powers.
The proud Elvan Kingdom of Sandria.

Resurrection of the King of Darkness

Once in the undeveloped land of Vana’diel, in the frigid north, what was called the “King of Darkness” appeared.

The King of Darkness, accompanied by the Dark Blood Demon, gathered the beastmen with power and fear to form an army and attacked the human race.
Initially, the human races were struggling because they lacked cohesion and dealt with disparity.

When the “Allied Altana Army” was formed at the suggestion of Grand Duke Junho, the human race regained momentum, defeated the army of the King of Darkness at Zvar Castle in the north, and succeeded in defeating the King of Darkness. That was the war 20 years ago.

After that, exchanges between countries became active, and it became an era when people called “adventurers” who traveled around the world appeared.
The player will also be one of them and will adventure around the country.

Eventually, adventurers traveling around the world discovered that low-intelligence beastmen were taking systematic actions and using advanced weapons, and it seems that someone is manipulating them behind the scenes. , Was suspicious.

The identity of the King of Darkness

At the call of Zyed, the King of Darkness is released from the power of the giant crystal, and Laogrim is restored to sanity.
Laogrim, who has returned to sanity, says. “I was betrayed by my friends and became an incarnation of hatred, the king of darkness.”

Thirty years ago, the existence of a huge force sleeping underground in the north was confirmed, and an investigation was to be conducted jointly by the three human races.
However, the formation of a joint research team across races left the discrimination and differences in consciousness between races intact.

Laogrim, the captain of the Mithril Musketeers, who went on an expedition as an advance expedition, is about to be killed by the plot of Ulrich, a member of the Hume tribe, during an underground investigation.

Ulrich didn’t like the Garca tribe Laogrim’s popularity.
Ulrich’s sword, which aimed at Laogrim and launched an attack, pierces Cornelia, a female member of the Hume tribe who broke into it.