In each surprising and satisfying mission of “Marvel Avengers“, players always need to defeat different bosses through different heroes. Although not all bad guys are classic characters, they are indeed big bad guys, and they all have a certain strength. They must all be defeated.

There are some bosses in the default missions. Players need to meet with specific heroes. If the remaining bosses are left, they can freely choose the heroes they want.

In the latter part, we will recommend suitable heroes, and both will offer to defeat them. Methods.

Black Widow Vs Master of Imitation 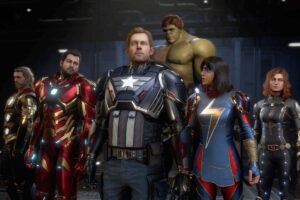 Players who have played the beta version must be familiar with this battle. Basically, this is a novice teaching to teach players how to fight the king, but if you encounter trouble during the battle, this introduction can help you get through it smoothly.

When the imitation master rushes towards the black widow, he needs to avoid and shoot behind him.

Continue the above actions until his first health bar is gone. Next, continue to avoid the attack, but the attack strategy is changed to get up and fight him at close range. Compared with a single light attack or heavy attack, the two attack methods should be matched with each other, which will make it difficult for the imitation master to resist.

After this stage is over, the battle will become more troublesome. The imitator will become more difficult to hit, but after dodge the shield he threw, shoot at him while he is waiting for the shield to come back, which can effectively consume his blood.

In the final stage, the system will ask the player to use the black widow’s invisibility ability. In this case, imitating the master will have nothing to fight against. 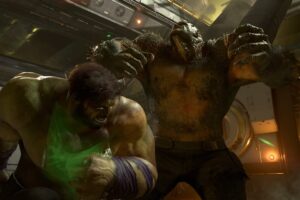 This is another mission included in the beta. Compared to the imitating master, Hulk vs. Evil is the first real boss battle. In the first stage of the battle, you must fight the evil at close range and continue to dodge his blue and red attacks. If you have a skill, you can use it, but if you have a big trick, use it later.

The battle mode of the second stage is basically the same as that of the first stage. The only difference is that there will be energized obstacles around, and you need to avoid them when you fight. After this stage, the finishing technique must be used, but this does not directly end the evil spirit.

Instead, you will be thrown to the next floor. At this stage, you should start using long-range attacks. If possible, you can roll forward and make heavy blows when avoiding attacks. Otherwise, a long-range attack is enough to knock down this powerful enemy. 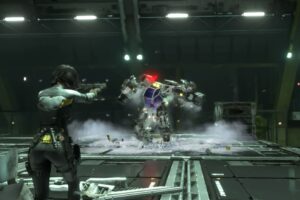 The best way to attack Monica is to keep a distance and shoot her, and always pay attention to avoid her red attack. In higher difficulty, the battle becomes a war of attrition, especially when robots rush in.

Every time you consume Monica’s blood, she will retreat and send other robots to fight. If necessary, you can use the Veil of Shadow to deal with the robot, but the other two skills still have to stay to deal with Monica.

In the second and third stages, in addition to keeping your distance, you should also pay attention to Monica’s attack on you. Although you can’t let her crash into the building and cause blood damage, you can still seduce her to the corner and get out of the wall later, and you can take advantage of this taboo to hit her hard.

Although it won’t be troublesome to deal with her, her blood is quite thick, so you need to pay attention to your blood volume at all times and don’t spend too much skill on cleaning the robot.

As long as you know how to dodge, Tarleton is not that difficult to deal with

Turton can be said to be the strongest among non-Boss enemies, but because he doesn’t have as much health as the boss, he still can’t be called a Boss. At the beginning of the battle, he will be very close to Kamala, but if he has the high-five skill, he can be pushed away.

Otherwise, it is to move back and widen the distance. He will shoot continuously at one time, and all he can do at this time is to dodge all the time. Dodge left and right is better than front and back. It can consume his blood at a long distance, but if you want to really cause damage to him, you have to do it when he rushes towards you: avoid his attack, and hit him hard behind him to stand up, repeat the above Until he could no longer stand up.

Any hero vs war robot 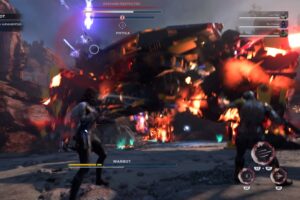 This battle will switch between long and short-range, but the long-range attack basically just allows the war robot to locate it, and the main damage is close to the distance to defeat him. This is why we will choose Hulk, he has a high melee second damage.

Against a war robot, the first thing to do is to keep shooting its feet. Hulk’s throwing attack can accomplish this job. Next is to rush forward and attack the panel below it. This is the only way to damage it.

After that, I kept repeating the following actions: first shoot at the vent on his side instead of his feet. This shouldn’t be too difficult, but if you are fighting in a team, it will be more efficient to let heroes who are good at long-distance combat take care of this part. Then run back to the panel and use Hulk’s heavy blow.

In the final stage, many of the weaknesses of the war robot will be revealed, mainly the pillars above, the ventilation holes on the side, and the feet. After destroying the above weaknesses, it will be able to hit the final blow on the war robot’s panel and defeat it.

Any hero vs battleship 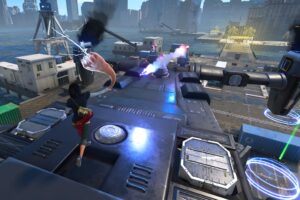 After defeating the war robot, the next boss is the battleship. At the beginning of the battle, players need to shoot down several vents and engines on the sides of the battleship (marking all targets with tactical awareness), which is why they choose long-range heroes like Black Widow or Iron Man.

In the second half of the battle, you must run to the top of the battleship to destroy the engine and other hard equipment; this will last two rounds, so it is recommended that you keep it on top for other teammates to complete other battles. Of course, you can still use long-range attacks to get rid of some robots on the ground.

In the second half of the stage, Iron Man will be a more suitable hero. After all, he can fly and can find all the raised engines, some even under the wings, but in the first half, the Black Widow is more popular because her Long-range attacks do not require charging. 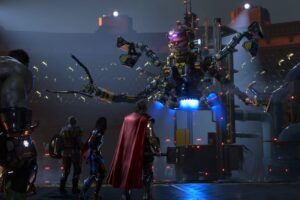 In this final battle, all the Avengers take turns in the battle, so we will also explain each hero separately.

Iron Man: If you have unlocked the laser in Iron Man’s long-range weapons, it would be great, because it is more useful for Mordok lasers than rockets or energy pulses. With the engine, Mordoch will fly around and shoot him down in seconds.

At this stage, there are not many enemies. Except for sometimes solving some miscellaneous fish, most of the time the firepower is focused on Mordoch.

Captain America: If the US team fights, it is more like a traditional boss fight. When Murdoch’s hand turns red, he has to jump twice to avoid the attack.

Throughout the game, if you see a red attack, it usually means you want to dodge, but here is a double jump, so don’t get confused.

When there is no need to jump, use long-range attacks to consume Mordoch’s blood until he falls. Then run behind him and attack the engine behind him. This may take two to three rounds. Don’t rush, be careful.

Sol: Sol’s part is more like a normal battle, because he needs to gather his great skills. Just like normal battles, you need to keep a distance from the biggest robot, because they will come to catch you and suck away the power of your original skills. Remember to attack them when they return blood.

This is a good way to get rid of them and avoid getting caught. Don’t be afraid to retreat if necessary, because your main goal is to gather your geniuses, not to kill robots.

Hulk: The task of Hulk is to save the survivors, not to fight with the boss, it is just a general battle, no additional explanation is required.

Black Widow: Black Widow’s words are an old-school boss fight, a bit like N. Tropy in “Thylacine Attack 3”. The player can only cause damage to Mordoch by hitting him on the head, which needs to be remembered.

Mordoch will have three attack modes, but they do not have any rules, they appear randomly. The first one is a purple attack that will follow the black widow in the area. To wait for it to be accurate and move forward to you, jump and flash away.

The second one will sweep the entire combat area with one stick, and Mordoch will follow behind, so you not only need to dodge his attack but also dodge his body. The last attack is that Mordoch will throw a purple ball at you.

They won’t cause any harm to you, but it will keep the black widow in place, unable to attack and avoid other purple attacks. Purple flashes will appear when they hit the ground, remember to avoid those areas.

The FUT 21 TOTY Has Revealed!