I heard that you still don’t know the characters in this game. PlayerUnknown’s Battlegrounds is a battle royale game that can accommodate 100 players.

This game is developed by a studio led by Brendan Greene, and Brendan Greene is the most influential person in the game industry in recent months. PlayerUnknown’s Battlegrounds is a game with a lot of freedom.

There is almost only one rule, which is to shoot all enemies while ensuring one’s own survival. 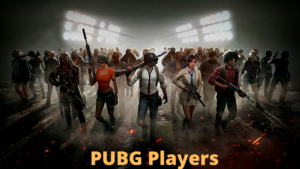 PlayerUnknown’s Battlegrounds has more than 10 million players, and its prototype is immediately released.

Do you also want to parachute from the plane to the battlefield and join the battle? Before you go, read our game guide and learn about ten types of PlayerUnknown’s Battlegrounds you will meet.

Haunted place: in a certain position on the battlefield in a panic

Well, we admit that this is very common. You know a player who landed in a beautiful place, but in the most intense area on the battlefield.

Half of the time in the battle, he just ran towards the unshrunk battle area while meeting other players. When shooting blindly? Yes, that’s it, that’s us, rookie.

We are the ones who usually don’t know the situation well, thinking that making friends in the game is a viable option. And rookies, not surprisingly, usually cannot survive the game for too long. They all think that eating chicken dinner is vegetarian…

Player characteristics: hide behind the wall and read the map

The tactician knows war and strategy very well as if they were at their wedding, and everything was carefully prepared.

Where they landed, the most appropriate weapon, and what strategy they could use to deal with multiple enemies at once, it all seemed like a clear list.

This kind of player usually has watched the game clip countless times and learned a lot of moves from many different forums. They know the game well and can see through your plan at a glance. You are their next goal.

Player characteristics: Anything that suits the current situation will do

Location: Try to make microwave bombs in the kitchen

This is a complete fool. The improviser has no plan and no plan. They only need a pan to feel that it is already well prepared.

This kind of player never looks at the map or looks at different video clips in advance. They just do what they want.

Their randomness knows a thing or two from when they picked weapons: Oh, there are bullets, it’s good. What if there are no bullets? No matter what, it’s heavy.

The improvisers don’t care where they land or what’s nearby.

Some people think they are very casual, but this is also one of the strengths of improvisers: Do you think that no plan means that they will not kill the enemy?

At this moment, the improviser may have picked up the kitchen utensils around you and knocked you down, of course, including shattering your confidence.

This is a veritable chicken. 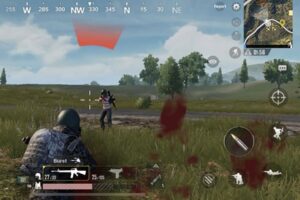 Location: Any place that can be plundered

Do you know that every time there is a war, there are always people who want to make huge profits? That is the predator hunter. For them, this battlefield is just another place to satisfy their desire for plunder.

They are usually obsessed with “Diablo” or “Border Forbidden”, but found that “PUBG Mobile” can better satisfy their bloodthirsty and looting desires.

Such players usually land in areas full of opponents or chase the red smoke that symbolizes rare items. They only care about plundering, and they will get them by all means.

(Hope to be) the hermit

This way of playing games is really a good way. Sniping sneakily, quietly hitting the opponent with a pan, not only sounds attractive but also very stylish.

This kind of player knows how to use shadows and grass, and can quietly climb over the ground and attack inattentive players.

Location: Lurking near the duel

Hell has reserved a place for them. Unless there is no other choice, they never face any opponent directly.

Thief killers will only wander differently on the map, looking for players who have already been buried in melee.

They are looking for a person who can sneak attack two fighters who are willing to face-to-face and courageous at the same time, and then choose the fisherman to profit. 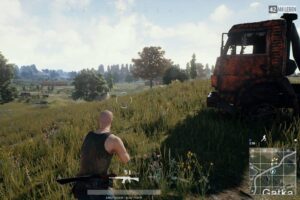 Thief killers are very hateful, but you have to agree with their success. Their strategy does work, although they are not popular with players.

Player characteristics: that is, completely confused

Location: where they should not be

It is a state of a complete loss. They don’t know where they are at all, the kind without a clue. If they are lucky enough to shoot the enemy, they usually have crossed the border while thinking about where they are.

When the map shrinks to a size where they are no longer lost, they will start shooting at the enemy.

You may feel sorry for them at the beginning of the game, or even think they are rookies because of their behavior.

Location: Behind you with a V-shaped gesture

You understand well? The kind of person who loves to show off and to please everyone. This kind of player can usually persist until the last ten survives but it is difficult to win the final.

They usually kept squatting next to the corpse or designed various tricky mechanisms to kill the enemy. 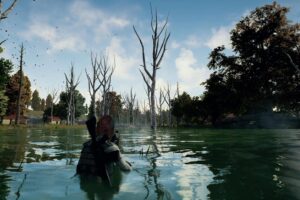 They probably have been broadcasting live, boasting to their “fans” like fools. They tried hard to take the game seriously, but they could only end in failure.

If this game is played in the real world, they will never survive the war.

Player characteristics: handier than you

Step back, he is a big badass. He is like a machine, he should be a senior CS: GO player, or he has been in various battle royale games for many years.

They are very familiar with the map, and they even know every tiny corner and where to hide. Each shot is a precise headshot, ruthless but extremely efficient.

They don’t need a team or even weapons. All they need is a few seconds and your head. If you find that professional players are interested in you, immediately turn around and run away, regroup with the team and organize a shooting team.

Of course, time is everything, no matter what you plan, remember to be fast. The second you let go is the second that a professional killer needs.

Player characteristics: strategies that are not enough to survive

This is a very strange player. Honestly, a very strange person. They are like playing dodge all over the map from the beginning of the game. They told themselves to be very careful, but in fact, they were just afraid, like cats in a fireworks factory.

Their nature is to become slaves, they will adopt a strategy like camping without a backbone, and cowards usually walk together inexplicably, they cannot pick a leader like a wolf pack.

If you meet them, you don’t need to be merciful. Victory is reserved for those who deserve it.

FINAL FANTASY VII : ONE OF THE MOST ICONIC JRPGS IN ALL HISTORY