Crazy Eights is one of the most popular card games in the world available both online and physical cards.  According to history, it appeared as eights in the 1930s and was named crazy eights in the US in the 1940s; it was played primarily by kids. It has many alternative names such as Blackjack, Last Card, Switch, Mau-Mau, etc. It is a shedding-type that involves two to seven players, and the main objective of the game is to find out the first player to discard all the cards. The player who is the first to have no cards left becomes the winner which requires tactics and communication.

In the first step, the cards are scrambled, and 5 cards are handed out to 1 of each player and must be hidden. A card is placed in the middle and the first player places the symbol or number that matched on top, everyone puts down a matching card continuously until someone has no card and declared the winner.

The term “solitaire” is also used for any single-player card-related activities such as building card houses, flipping cards into a hat and arranging them into magic squares. Solitaire can seem confusing at first, but it’s easy and fast-paced once you get the hang of it. The game needs concentration and skill using a set layout of tiles, pegs, or stones. You can play this game for free, together with other famous card games such as Freecell, Spider Solitaire, Tri-Peaks, and Pyramid Solitaire.

Poker is a family of card games. It was developed in the 19th century in the United States and has become a popular fun time worldwide.  It has evolved from primarily a recreational activity to enthusiasts’ games, a popular activity for participants, spectators, professional players and which sometimes ends in multimillion-dollar tournament prizes.

The player wagers the cards based on the rules of the specific game and can be played with 32, 40, or 48 cards; the earliest played games were with 20 cards. The game makes use of the deck configuration, the number of cards, the number of dealt faces up or down, numbered shared by all players, and the rules of betting or engagements.

Hearts card games originated from Spain in the 1700s called “Reversis” and since then the scientific game has evolved over time. It is a popular game structured to be played by four players with rules that aren’t complicated which can be played by both kids and adults. Each heart is worth one point and there are 26 penalty points in each deal of the game and especially the Queen of Spades.

The strategy of the game is matching the suit of the leading card, the highest card played gets the trick, points are given on getting a trick and the hearts player with the lowest point wins the game. The game ends when someone has a total of 100 points.

Blackjack is known as a casino banking game. The game originated from a global family of casino banking games called “Twenty-one” and uses 52 cards involving 2-7 players. It is a comparing game in which each player competes against the dealer.

To start each round at a table, the dealer faces 5-7 playing positions and each player places bets in the box and the one at the front of the betting box controls the game and the dealer consults the player for decision making while others play behind. The object of the game is to bet and win money by creating cards total higher than the dealers and not more than 21.

War card games are a simple game also known as “Battle” in the United Kingdom and played by two players with card decks and mostly played by children. All the cards must be won by a player. No strategy is involved.

In the game, the cards are divided equally among the players and each one reveals the top card and the player with the highest stack moves all the cards to the side. There is a war when two cards of equal value are played by both players. Then, the owner of the higher face-down or up cards wins the game which can take a long time.

This card game is an American shedding-type game played with printed cards. It was developed in 1971 in Cincinnati. The first player to score 500 points from several rounds plays wins the game. The deck consists of 108 cards which are, 4 each of wild and wild draw four,25 each of four colors (red, yellow, green, blue), the last three types are called ‘action cards. 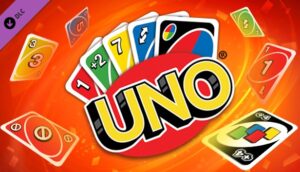 To begin the game, seven cards are dealt with each player, and the top card is flipped to begin to discard the pile. Cards are laid face-up by each player taking turns until all cards are discarded by a player who wins the game.

This is a classic property trading game. It is the card version of the classic monopoly board game which collects sets of properties with different colors. It also earns and swap properties, as well as charge other players, rent.

Each player begins with $1,500 in their bank. A turn begins with the rolling of a dice and a piece clockwise around the board corresponding number of squares. A player who rolls three consecutive sets of doubles is caught speeding and sent to jail. A player that lands on the Go space get $200 from the bank and those who land on the Income or Luxury Tax pay indicated amount to the bank. Properties can be developed only by a player who owns all the properties in the color group.

This Pokémon trading card game (PTCG) is a collectible card game from Nintendo. In 2016, it was recorded as the top-selling strategic game subclass. Players are known as the Pokémon trainer who use their Pokémon to battle their opponent. The Pokémon with the highest sustained injury is knocked out and the player who knocks out the Pokémon draws out the prize card. The person who draws out the six-prize card wins the game or knocks out all the other Pokémon of the opponent till none is left or when there are no cards left to be drawn in the opponent’s deck in the field of play. 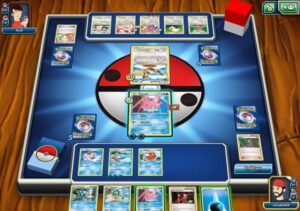 This is an adult game in which the players complete fill-in-the-blank statements with words or phrases known to be offensive and politically incorrect. The card game originated from a campaign in 2011 to refer to incorrect contents.

Each player draws ten white cards and the person randomly chosen begins as the Card Czar or Tsar to read the question aloud or fill-in-the-blanks phrases on the black card. The other players answer the question and if correct get one ‘awesome point’. There is no rule that states the winning strategy but just for fun.

Speed card game involves two players or more each player tries to be the first to get rid of all the cards first. Each player receives 5 cards to form a hand and the other 15 cards face down by the side. One of the face-down cards is flipped and placed at the center and the players discard their cards one by one by matching each card.

Each player places one card at a time and a player who wins by running out of cards or has no cards in their hands must say ‘speed’ in order to stop the game.

Popular games: The 10 Most Traditional

Where is Xur Today Destiny Xur Exotics and Location Guide

THIS APP HAS MADE ME ONE MILLION COINS IN THE LAST 30 DAYS IN...