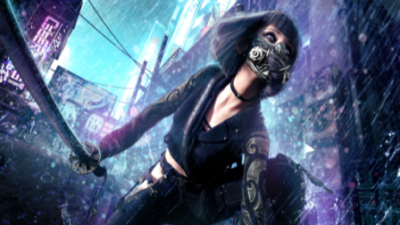 Here are all of the Spooky TV Sets locations.

Epic Games always puts in some cryptic or vague messages in Fortnite before the next season releases to build some hype within the community. Chapter 2 Season 6 is no different. Players will begin seeing Spooky TV sets in certain areas of the map. These are clues are what to expect for next season. Some think it is aliens, while others think it is the return of IO.
Whatever it is there is a quest to find these TV sets. If you can destroy five of them then you will get a large amount of XP for your Fortnite account. Luckily, this guide has all of the exact TV set locations.

Without further ado, let’s jump into it.

What Are Spooky TV Sets In Fortnite?

Spooky TV sets began appearing in Fortnite near the end of Chapter 2 Season 6. These TV sets are shown mostly static but seem to be broadcasting some type of message to others. Our goal is to find these Spooky TV sets and destroy them to stop them from broadcasting. In short, Spooky TV sets are just a small clever way to give players clues on what the next season will be like. Also, finding these Spooky TV sets is one of the last quests to earn a good chunk of experience for your Fortnite account. So, if you want to get a little bit more XP to finish up that battle pass, then looking for these tv sets will help.

Before we get into the Spooky TV sets locations, there are some other quests associated with the whole storyline. These Foreshadowing quests give you a glimpse and vague hints on what is coming to Fortnite. The quests were given by Farmer Steel and Bunker Jonesy. However, the quest to destroy the Spooky TV sets is given by an unknown character.
Here is a list of the Foreshadowing quests:

• Repair damaged telescopes – This is a simple quest where you have to find telescopes around the map and interact with them to repair them. Repair five to complete the quest.
• Investigate downed black helicopter – Find and interact with the downed helicopter to complete this quest. It is located near the brown island north of Misty Meadows
• Use CB radio – You need to interact with five CB Radios. These can be commonly found on Believer Beach.
• Destroy spooky TV sets – Finally, destroy five Spooky TV sets located around the island to complete this quest.
All of these quests reward a significant amount of XP to your Fortnite account and battle pass.

There are a total of seven Spooky TV sets scattered around the island. Luckily for this quest, you only need to destroy five of these. Most of the Spooky TV sets are around the edges of the map, so it will take multiple games to destroy them all. So, the best strategy is to land on or near the spot, destroy it, and continue with your match. You can also just die quickly by jumping off a high building or something if you just want to complete the challenge quickly.

Anyway, let’s go over all of the Spooky TV set locations.

• Located on a small island north of Craggy Cliffs, look for a wrecked boat nearby to know you are in the right area.
• This TV set is on top of a cliff, overlooking a beach and an ocean. West of Sweaty Sands.
• Another TV set is located southwest of Dirty Docks at the bottom of a hill, underneath some trees.
• Found between a large tree and flat rocks slightly northeast of Holly Hedges.
• This one can be found west across the river of Lazy Lake, on top of a hill.
• The sixth Spooky TV set is located south of Slurpy Swamp, underneath a large tree and across a small body of water.

• The last one is located south of Catty Corner and slightly north of the small island at the corner of the map. It will be on a cliff with a campsite.
That’s all of the locations for the Spooky TV sets. Remember, you only need to destroy five of these to complete the quest and they don’t have to be done all in one match. So, land near one if possible and destroy it with your weapon or harvesting tool and move on.

In short, finding the Spooky TV sets can be a bit tricky, especially if you have someone on your tail trying to interrupt your progress. However, once this quest is completed you will receive a lot of XP to your Fortnite account for your troubles. If you are looking for the easiest ones to find, then go for the one west of Sweaty Sands and the other on an isolated island near Craggy Cliffs. These are out in the open and hard to miss. Good luck finding the rest, you will have this quest completed in no time.
Have you found all of the Spooky TV sets? Let us know in the comment section.
For all your Fortnite assets visit, Fortnite item shop.