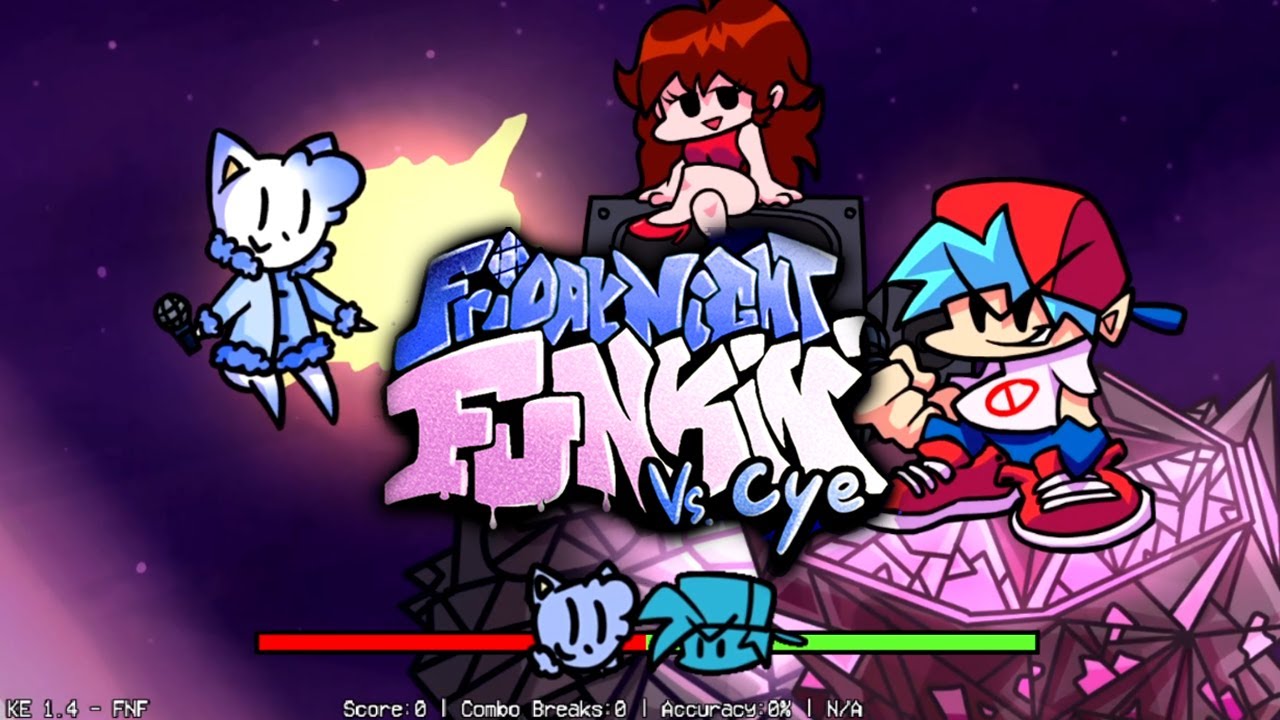 Friday Night Funkin ‘is a rhythm game that first appeared in November 2020, being a game inspired by the world of dance music, rap, and R&B. The first version of the game was a success, which is why increasingly complex and difficult variants of the game were created so that fans could not get bored with the first version of the game. The main activity of the game is to dance the best you can, hit your girlfriend’s dad, who is like an evil that looks at you and tries to dance much better than you.

Rhythm games are great fun to play solo or with your friends. The mechanics are simple, and whether you succeed often comes down to your sense of rhythm and visual cues.

Friday Night Funkin game created by ninjamuffin99. In this game, you need to impress your lover’s ex-rockstar father with the power of music! You must survive multiple weeks of freestyle music battles to win him over. Press the arrow keys in time with the music to outdo your opponents. In the story mode, you need to mirror your opponent’s singing by using the WASD and Arrow keys. The first songs start simple, but the beats get much more complicated later on with the introduction of duets. You can also enjoy the free play mode and enjoy all the cool beats and characters this game has to offer. Feel free to adjust the difficulty to your liking and start vibing!

How many Friday Night Funkin’ mods are there?

This game is famous for being open source, which allows anyone with artistic, music composition or programming experience to create their own modifications and publish them. After its release in 2020 the current number of published FNF mods online is close to 3800 and growing every day.

What is the most played Friday Night Funkin’ mod?

As of today the most downloaded and played mod is Friday Night Funkin’ VS Whitty Full Week, where you will face Whitmore, a former rock star with a bomb-shaped head commonly nicknamed “Whitty”.

The MOD Multiplayer Online for Friday Night Funkin (FNF) allows us, as its name suggests, to enjoy a new multiplayer mode in FNF, which now also has an Online version to be able to play with your friends without having to be in it PC. Downloading and installing this MOD is very simple, and the amount of options it incorporates into the game is spectacular, so it is fully recommended.

It should be noted that this is the only MOD that currently allows you to play online multiplayer. This is achieved by using Port Forwarding or Hamachi, allowing you to face your friends 1v1 on Friday Night Funkin ‘. But this is not, far from it, all that this piece of MOD for FNF brings with it (it is one of the best).

Multiplayer Online FNF MOD also incorporates the possibility of playing 1v1 in local mode, each player using different groups of keys on the same keyboard. Until recently (with update 3.0) this was the only way to play multiplayer in FNF. In addition, it has a large number of additional options, such as the option to activate the Kade Engine, the option to remove the girlfriend from the game, and many other better ones.

This MOD already has its own executable file to avoid the process of having to install it. You will only have to unzip the file that you have downloaded.

Friday Night Funkin’ is a musical rhythm game where you compete in freestyle music battles. Press the arrow keys in time with the music to outdo your opponents and enjoy the cool beats!

This version of the game is open-source on Github and available under the Apache 2.0 license. If you want the most recent version of FNF, including Week 7, you can play it on Newgrounds.