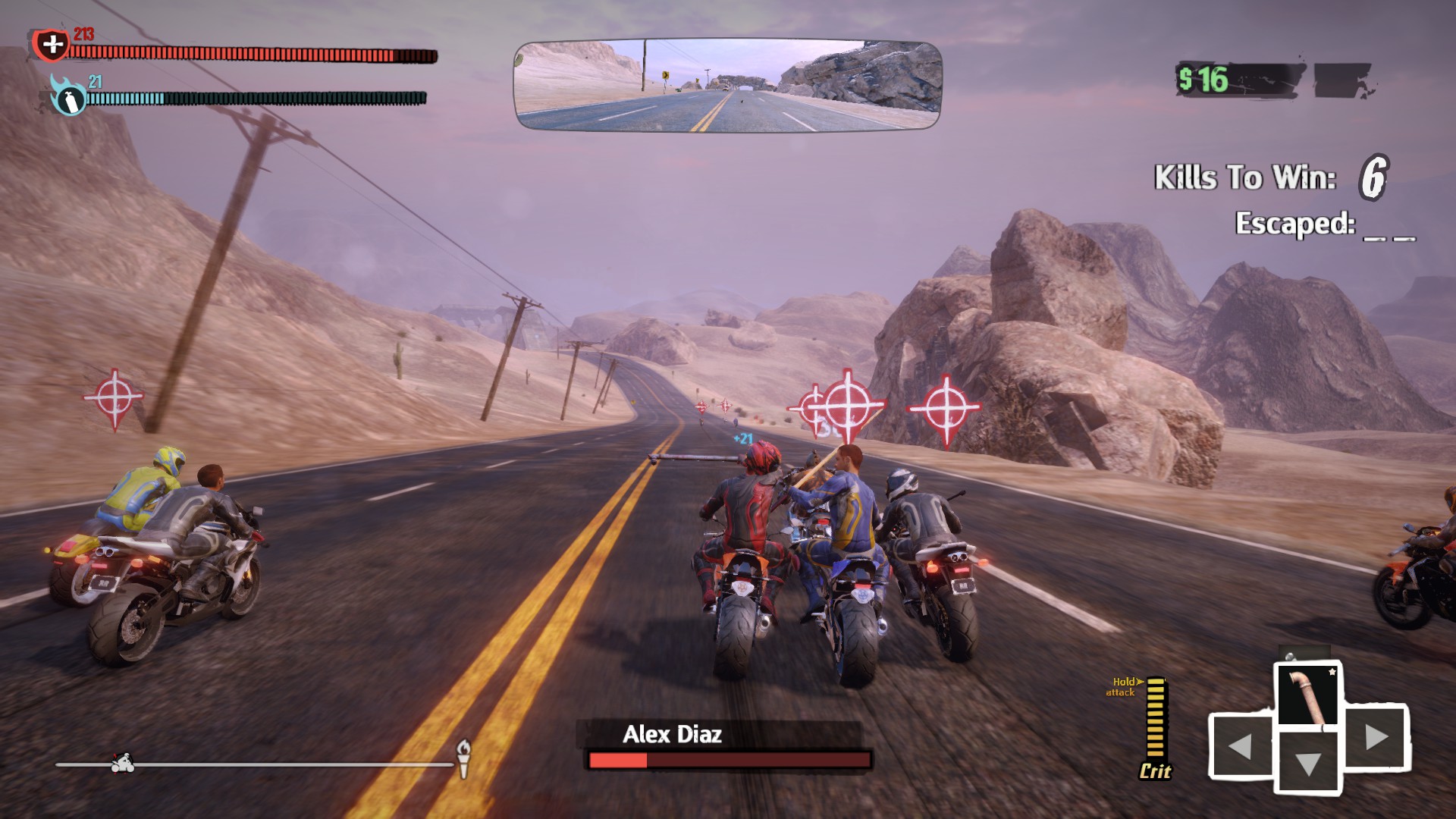 Rough music, leather clothing, plenty of booze and sexy girls – these are the main characteristics of bikers, or at least how most people portray them. The game Road Rash is about motorcycles and playing this game you will… wait for it… confirm all these myths/ideas! In the game you will meet a bunch of people, who have quite a lot of money so they can afford to buy expensive and fast bikes, and their life are not very valuable for them.

You will race in with fast bikes and believe me, this game is everything, but not a fair-play, the races are harsh. Each time your opponent will try to overtake you, you can attack him (kick him, punch him,…) and tries to crash his bike. In real life, a fall at a speed of about 200km/hour would be fatal, but in the game is just a small crash, after a short moment you get up get back on the track. Road Rash contains 5 different tracks and offers 3 game modes: Trash mode (sit on the bike and at play), Big Game Mode (Championship, where you start as a beginner and you have to move to the top) and Mano-a-Mano Game Mode (multiplayer game over a network). Road Rash is not a traditional racing game, where bikers are fair, but the game has a great atmosphere, gameplay and catchy music.

We’re talking about a rather successful game during the 90s’. Road Rash allowed us to take part in motorbike races with rather loose rules, being able to know down our rivals by kicking them or punching them if we deemed it appropriate.

Motorbike races in which everything is allowed

The game took place on the typical Californian bidirectional road in which we had to worry about overtaking our rivals and also dodging the traffic by racing past it or avoiding it if it was heading towards us, in order to not end up on the ground.

The game was first released back in 1991 for Sega Mega Drive (known as Genesis in the USA) but some years later it was adapted to other platforms such as 3DO, PlayStation, Sega Saturn, and PC. In fact, it was an advance in playability and graphics to what we saw a bit later in the first Need For Speed installment, the car racing game that definitely doesn’t need any kind of introduction.

If you want to bring back this retro motorbike game to your PC, it’s now easier than ever: you only have to hit the download button to get hold of Road Rash once again.

Gambling advertisements double in the Netherlands following the legalization of gaming

Online Gambling; The Talk Of The Internet

How to Download GTA 5 MOD APK + Data For android