We bring you a list of the best 17 free driving, car, and racing games for PC. This completes the cycle of free games for PC and also brings you the best RPG and MMORPGs, shooting games, and strategy games. It’s time for a game that lovers of driving and speed will enjoy.

From the beginning, I would like to warn you that I have added some sub-genres to this list. So not all subgenres are racing games as they are, but they all have in common that they are driving or racing games. The idea behind this decision is to offer the most diverse variety of different types of games, thus avoiding that it’s not a series of mostly cloned games.

This list includes most free games. It’s one of the main ways to develop them and make them free, make micropayments to make a profit, or unlock them faster. However, there are some games that are completely free and open source. These are complete and have no payment options.

We started with a mix of genres that were difficult to classify, but some of these genres include arcades and driving, so we’ll include them in the list even if we don’t have a car. It’s an arcade title in which you have to drive your flying vehicle and follow the paths marked for you through a huge city. The goal is to go as long as you can, and the longer you hold, the more points you get.

The mechanism is simple. Through the endless course, you will see the path with some markers following it. Exactly passing the marker will earn points, and winning multiple combos at the same time will increase the score. If you fail, the game will end, so you have to do everything while avoiding buildings. 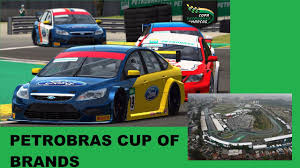 This is the official game of the Petrobras Brazilian Brand Cup, a free simulator that promises to give you all the excitement of competing with car models from several manufacturers and some of the major trucks. The game has no microtransactions or payment system to win.

The circuit and car modeling is very good and the physics are very accurate, but the graphics engine is already a bit old, which shows. As this is a simulation game, driving is more fun and maybe a bit complicated for those who prefer casual titles. 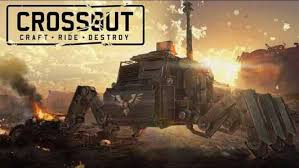 Now consider a slightly different proposal. This is an apocalyptic action multiplayer online game where you have to ride behind a vehicle/fighter to fight and destroy rivals. It has an aesthetic inspired by Mad Max, and the battle is player-to-player in online mode.

The base game is free, but Steam has several packs or DLCs available for a fee. Vehicles to play can be created using different modules, with thousands of possible combinations, huge weapons, trading with other players, and buying parts for money.

This is a one-person game, less spectacular than most of the graphics on this list, but it has some very interesting suggestions. You don’t have to compete with others, but you have to overcome time trials that require you to complete the route within the specified time.

No, it’s not as easy as it seems, as slopes have impossible curves, slopes, and jumps. For power, you can even shoot a character until it collides with another car and falls into another car that starts the race. There are 20 different levels of increasing difficulty, so there’s no time to get bored.

A game of drag racing competition that is to accelerate to see who covers the distance first. By the way, this title is also available on mobile phones, but you need to forget everything that isn’t accelerating and focus on changing gears at the right time. There is no deviation or an impossible curve.

The game uses a real car. There is a possibility to improve them in the garage. It could be improved in the garage with the money you earned in the race or by taking something out of your pocket with the improvements you need to buy. 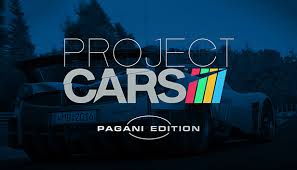 “Project CARS” is an excellent work based on masterpieces such as “Gran Turismo”. In 2016, a free version limited to Steam was released. The version is limited to 5 vehicles and 2 tracks, but it’s a great way to enjoy free racing in top games. 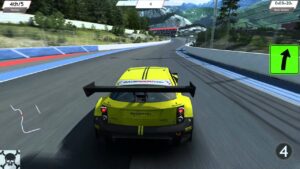 Raceroom Racing Experience is a continuously developed free racing video game with different game modes and powerful social orientation. Some of the games are free. Since all users compete in 5 vehicles and 2 trucks, the repertoire can later be expanded in the online store, with over 25 manufacturers or official trucks from around the world.

The game has three difficulty levels and can be played alone in single-player mode or in multiplayer with other players. You can decide to keep and pay for free content. In addition to paid content, sponsored contests and events that can be played for free will be held from time to time. 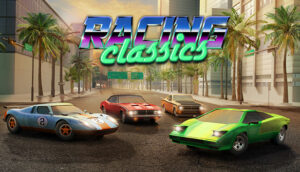 A game of drag racing competitions that accelerates to see who covers the distance first. You can compete with iconic classic cars from the 70s and 80s. The game has a total of 16 cars and offers a variety of challenges and arcade modes, with story mode reaching 45 levels.

Each classic car in the game has the original performance as standard, but as always later, by accumulating points (or paying for them) to improve and customize the car, you can better Adapt and work with maximum fluidity. .. As much as possible. as soon as possible. This game contains online rankings and retro style 3D graphics. 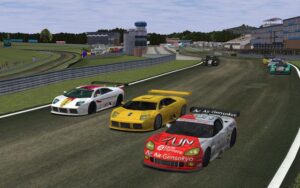 A sensational 3D racing simulator with excellent graphics and completely open-source. It’s free and was born as a GNU/Linux game, but can be played on other operating systems. Best of all, it’s a free and open project, so it doesn’t cost you a penny, and you’ll find a model of a locked car or something that encourages you to spend hours spending your time enjoying the full experience. can not.

This is a fork of the TORCS simulator, which will also appear at the bottom of this list. But with the addition of rival cars, more tracks, and new options, it’s becoming a more competitive character. The menu has also been updated, so it seems to be a completely different title based on another game in the list. 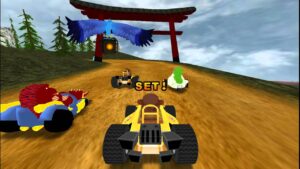 Since Tux is a penguin who plays the Linux mascot, it’s no wonder this is the second open-source project to find him as one of the main characters. This is Super TuxKart, perhaps one of the most classic car games on GNU/Linux, and also available on other operating systems.

This game is offered as an alternative to Super Mario Kart and the actual playing method is just a truck. You’ll have to choose from a variety of open source project mascots and compete in colorful trucks while collecting power-ups to help you beat your rivals. 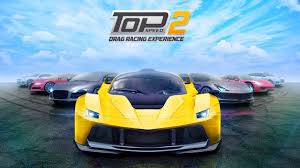 This game gives you a wide range of sports cars to race. But those are not the races in which you need to drive, steer, or take curves, but the speed competitions in which you have to focus optimally on changing gears to win.

The game offers about 70 cars for racing and offers hundreds of customization options. Of course, monetization is needed when it comes to customizing these cars. It also has 3 game modes and has temporary events that compete with 3 different maps. All of this in real-time multiplayer mode. 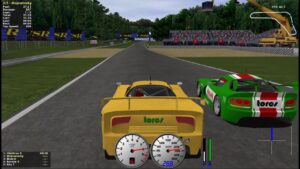 It’s completely free and completely free, so it’s another open-source game that you can play for hours if you don’t mind pretty outdated graphics. This game offers a large number of vehicles and trucks to choose from and is open source so you can find various add-ons and mods online.

However, the big feature of TORCS is not that it’s a free classic driving game, but that you can use this title to program your own robot and drive those cars. Of course, this requires a high degree of knowledge so you can focus on enjoying it as a racing game that supports great physics and all kinds of controls. 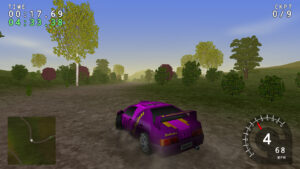 Trigger Rally is a single-player off-road rally game. Your mission is to reach each checkpoint in time to complete the race. Its gameplay tends to be more arcade than simulation, but it’s a more accessible and easier title for casual gamers. Its graphics are Achilles curtains, but in return, you have a complete and completely free game.

In fact, the game has over 200 maps of different weather, light, and fog conditions, as well as different types of terrain such as sand, asphalt, dirt, and ice. There is also a co-pilot who gives you instructions while driving, giving you a more realistic experience. 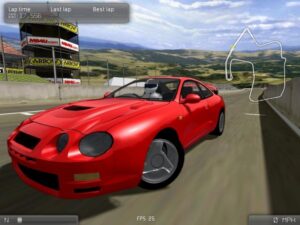 This is an open-source game and is completely free. In other words, it’s inexpensive and you can’t find all kinds of microtransactions. This is a classic racing game with 45 real-world trucks that can drive up to 39 real cars. Here you can choose what you like most from the beginning.

The game is designed to support a joystick or steering wheel as well as a keyboard and mouse. This is a simulator and strives to be as realistic as possible in terms of driving experience. It also has a multi-camera mode, and you can set auxiliary features such as automatic gear shifting to make it easier to use. The Achilles heel is graphic but was expected to be a completely free game.

This game is a combination not as many as a racing game. Infinite runners have to overcome obstacles. Still, it’s still a busy experience for speed lovers.

One of the most amazing things is to ensure that the creator of a video game is completely free, as creating a video game is a hobby rather than what you want to do professionally. The aesthetics of colorful vectors are excellent and you can even add your own MP3s to the game in this obstacle course. 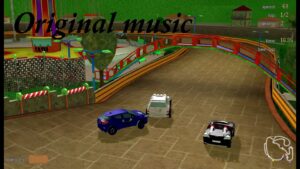 Yorg is a game based directly on classics such as Micro Machines, a completely free open source project. The title provides a third-person perspective, its driving mode is an arcade, and in its seven different trucks, you have to collect and compete for weapons and power-ups.

The game has 8 different drivers and 8 different cars that you can play against AI at home alone or play in multiplayer mode. Multiplayer mode can be online or local. As this project demands more fun than realism and is stillborn, it is expected that the game will continue to evolve. 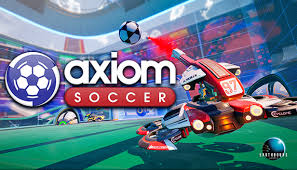 And now we have a game that should have been at the top of the list in alphabetical order, but it’s so different that we almost decided to leave it as a bonus at the end. In a sense, it’s a driving game, and instead of having to do speed competition, you have to do a soccer match with a set of drones.

It’s like a free version of the mysterious “Rocket League” that only introduces shooter elements. Yes, you have to drive a car across the field, but fire a cannon to handle the ball. You can choose from 5 types of weapons.

What is Prize Fiesta?