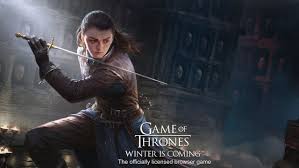 YOOZOO Games and Warner Bros. Interactive Entertainment, in collaboration with HBO, have announced the release of Game of Thrones: Winter is Coming for web browsers on PC. The title, framed within the real-time strategy and management, will begin its commercial career in English although it will soon add new languages. To celebrate its launch, they have distributed images, details, and a cinematic trailer. Free, mix strategy, and resource management using the universe of the HBO adaptation. 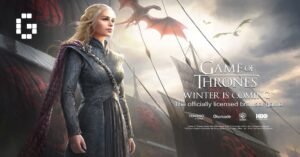 Strategy on a massive scale

The strategy video game is designed to take us to a large-scale Westeros, in which hundreds of thousands of players must fight for resources, conquer territories, and advance through different regions and kingdoms. The title, which recreates the 7 Kingdoms, includes several of the main cities, castles, and strongholds from the television series, framed just after the events that led to Eddard Stark’s death and that gave rise to what is known as the War of the Five Kings.

New Browser Game Game of Thrones: Winter is Coming Now Available; It is a new real-time strategy and resource management title by Yoozoo Games and Warner Bros. Interactive Entertainment in collaboration with the HBO channel that adapts the universe of the popular television series with the same protagonists in a digitized version. And to celebrate the announcement, we already have a new cinematic trailer that no fan of the series should miss.

Game of Thrones: Winter is Coming includes a progression system that allows us to advance through the territory, assaulting rival positions and obtaining better troops, armies, and characters, many of which will mark a before and after on the battlefield. Given the freedom with which we can play, users must recruit soldiers and bandits to their cause, taking into account their influence points and the summoning power of our leaders. 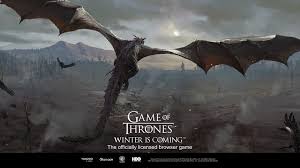 This is where the cooperation between users will enter, since, in addition to competing among themselves, they can ally with other leaders of Westeros and conquer castles, adding squares and regions to their domains and territories. Sitting on the Iron Throne is a challenge, and we must use our influence, our political skills, and military might. Players who achieve this may even demonstrate their mandate with other users, making them suffer or enjoy different benefits. According to those responsible for the game, there are 30 types of terrain and weather conditions, which will change the gameplay.

The trailer of the new Game of Thrones

This is a strategic video game that takes us to Westeros in the midst of the Seven Kingdoms struggle, where players will compete to gain the Iron Throne by conquering new territories and defeating their rivals. In its colossal map, we will find the most representative cities and towns, with their most emblematic castles and areas.

The story begins just after the brutal death of Eddard “Ned” Stark, an event of great consequences that will embark us on a journey where we must fight for the territories of Westeros, improve our army and supply our people, as well as recruit new troops. and to convince rival factions of our dominant position.

And we can also make pacts with other players to further strengthen our position against other hostile armies, thus dominating the adjacent territories and their most varied typologies, with more than 30 variants of terrain and climate.

An appetizer of what awaits us soon with the premiere of the eighth and final season of Game of Thrones on HBO, scheduled for April 15. And it is that the title has the official license of the series, which will allow us to enjoy its protagonists and most emblematic places of it. 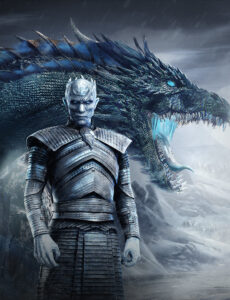 In addition to competing with each other, players can ally with other Westerosi leaders and conquer castles

With several game modes and events taken from the series, the title will constantly add content, missions, and ways in which to compete and cooperate with other users. We leave you with their images.