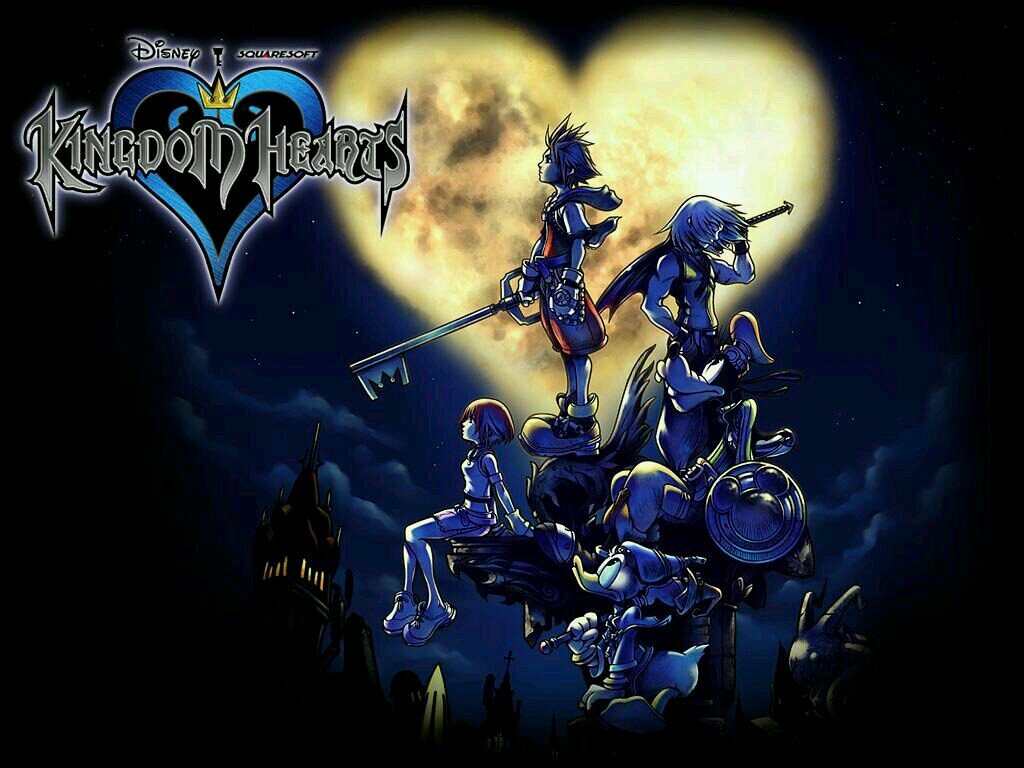 This is an explanation of Mickey Mouse, also known as the “King”, that appears in the Kingdom Hearts series.

At first, the identity was not revealed, but now I will introduce his position in this game, which is popular all over the world. 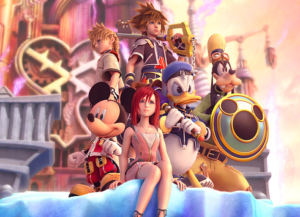 The abbreviation [KH] is often used on the Internet. Since then, it has been expanded to various fields such as HD conversion on PS3, release of related works on DS, and smartphone applications.

The biggest feature of this work is the appearance of Disney characters and successive characters of FINAL FANTASY. It is a specification that fans will love, such as fighting together and helping with adventure.

The story begins with Sora, Riku, and Kairi, who live on a small island called Destiny Island. The three of them spent their days playing various games while admiring the outside world.

One day, when the mysterious door on the island was opened, the entire island was drunk in the darkness and the three were separated.

Waking up in Traverse Town in the “Outside World”, Sora embarks on a journey to find Riku, Kairi, and the King with Goofy and Donald.

I will explain some of the characters that appear in the article.

The main character selected as the “key blade” of the “strongest weapon in the world”.

He has a cheerful personality that doesn’t look good, and although it is too simple, he has a stronger sense of justice. The origin of the name comes from “sky”.

Sora’s best friend and rival, one older brother than Sora. It’s cool and good judgment, but it can darken your mind after you leave the island. The origin of the name comes from “land”.

A girl who is a close friend of Sora and Riku, she is the same age as Sora. The only of the three is the outside world. Lost after leaving the island, Sora and Riku travel around the world in search of her.

The name comes from “sea”.

A royal mage who serves Disney Castle. He is the king’s best friend who has gone missing, and after receiving the life written in the letter from the king, he goes on a journey with Sora and Goofy.

I’m a little impatient, and there are some things that are missing.

A knight captain of the royal palace who hates fighting to serve Disney Castle. I have a big shield because I hate weapons that hurt people.

In contrast to the impatient Donald, he often acts as a soothing and coordinator. 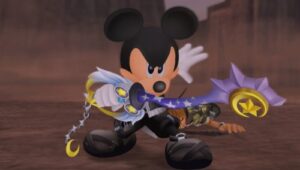 Its true identity is the most famous character in the world, “Mickey Mouse”. The king of Disney Castle, where Donald and Goofy lived, and the hero of choice for Keyblade.

He has a sense of justice that is comparable to Sora, and took action as soon as something happened in the world. However, it seems that it may be a little too impatient.

At Kingdom Hearts, starting with the guidance of the King, he has helped Sora and his friends over and over again.

When Sora and Riku are in trouble, they are very kind kings who help them many times and save their hearts.

In addition, he is the only sub-character that appears in all Kingdom Hearts works, and the costumes are the most if the main character Sora is omitted. Should I say that?

However, it is also true that he is most often involved in adult circumstances. In the early works, the appearance time in the work was set very short, and only a few appeared.

It didn’t show up clearly, only the silhouette was reflected for a moment. After that, because the work was a big hit, the exposure time was long and it became clear. Even so, due to the time limit, only important scenes will appear.

Game over? No, Mickey is here!

In Kingdom Hearts 2, when you lose a battle, you may be presented with the choices of “I can still go” and “No more …”. If you select “I can still go”, Mickey will appear and you can operate Mickey to fight the boss.

Even if Mickey is defeated, Sora will recover and be revived immediately.

It may be better to think of it as a remedy when you really can’t win.

It is a work that sets it apart from ordinary role-playing games. Even if you don’t usually play games, if you like Disney characters, you can definitely enjoy it.

The more you sell, the more Mickey’s turn will be. How about those who have never done it?