“Ark Survival Evolved” is a survival action-adventure game developed by Studio Wildcard. Basically, it is an online game, and you choose one from several servers to enter and live a survival life.

It is also possible to play solo offline. There is no particular story, and the concept is to survive on an island inhabited by many dinosaurs and ancient creatures.

New DLC has been developed since then, and further updates are expected.

This game is an online game, where you can choose one from many servers and live a survival life on an island infested with dinosaurs and ancient creatures.
It’s almost impossible to spend a comfortable survival online solo becaus

e it takes a huge amount of time to collect resources, and it is officially possible to collaborate with someone you meet on the server or a real friend. Recommended.

However, even in solo play, if you create your own server offline, you can change the server settings, so you can have a comfortable survival life in solo.

The feature of this work is still “dinosaur”. If you’re adventuring on the island, you’ll see a variety of dinosaurs, from mild-mannered herbivorous dinosaurs to ferocious carnivorous dinosaurs. The appearance of the dinosaurs reproduced with beautiful graphics is a must-see.

In addition, it is possible to make dinosaurs friends by advancing survival and arranging tools. The system is irresistible for dinosaur lovers, such as being able to ride on the backs of Tyrannosaurus and Triceratops.

As mentioned at the beginning, there is no clear story in this work, but there is a place called “Obelisk” on the island, where you fight the boss by dedicating the “artifacts” you gained in your survival life. be able to. 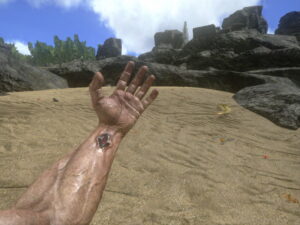 When the hero woke up, he was on an island that he had never seen naked.
Before I knew it, something like a machine was embedded in my left arm and I couldn’t remove it.

Looking around, I saw dinosaurs that were supposed to be extinct in modern times roaming.
Surprisingly, the hero begins a survival life on a harsh island based on his own survival instinct. 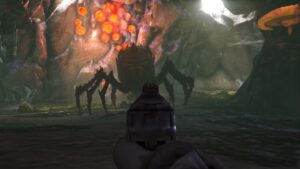 The hero first fought against the spider queen, “Brood Mother,” who followed the spiders.
Although he struggles with Brude Mother’s high physical strength and many spiders, he manages to defeat him by joining forces with fellow dinosaurs. 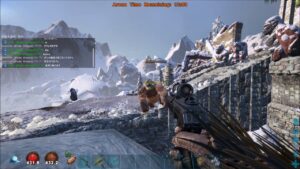 The next hero fought was the giant gorilla “Megapitex”.
Megapitex, accompanied by his minions gorillas and monkeys, throws rocks at the hero and launches a fierce attack, but he manages to dismiss it as well. 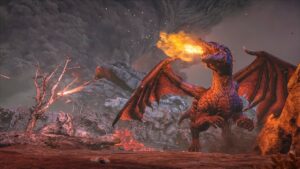 The next hero fought was the “dragon”.
The dragon flies freely in the sky and afflicts the protagonists with a scorching flame.
The hero who won the victory. However, an even more vicious boss was waiting for such a hero. 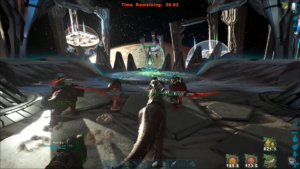 The hero who advances to a cave that opens with items made from materials obtained in battles with three types of bosses.
Proceeding through the cave and reaching the innermost part, you will encounter a strange object.

Strange objects have launched attacks on the protagonists. In addition to irradiating the object with a laser, it has transformed into the three types of bosses that have fought so far and attacked.
The hero fights back while enduring a fierce attack, and finally succeeds in defeating it. 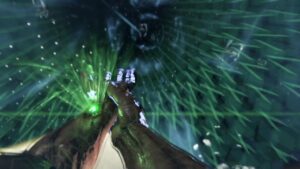 The hero who defeated the observer is sent to a place like outer space.
Along the way, the protagonist sees multiple spheres that reflect something like the world he was surviving.

And the hero was taken into the largest sphere. 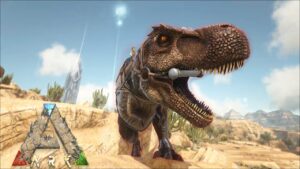 The strongest carnivorous dinosaur.
It has overwhelming offensive power and physical strength, and is very warlike, and when it finds a player, it attacks in a straight line.

There is mobility for the figure, and it is difficult to escape with human feet once it is noticed.
It takes a lot of trouble to make friends, but if you are lucky enough to make friends, you will be a reassuring ally. Spinosaurus 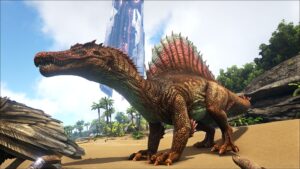 A large carnivorous dinosaur that lives mainly along rivers.
It has the attack power and physical strength next to Tyrannosaurus, and can swim freely in the water. 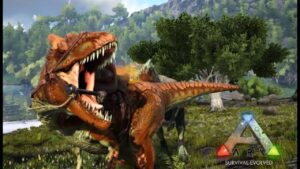 A large carnivorous dinosaur.
They are always acting in groups of three or four.
There is the strongest leader in the flock, and the leader’s back is shimmering with a red flame.