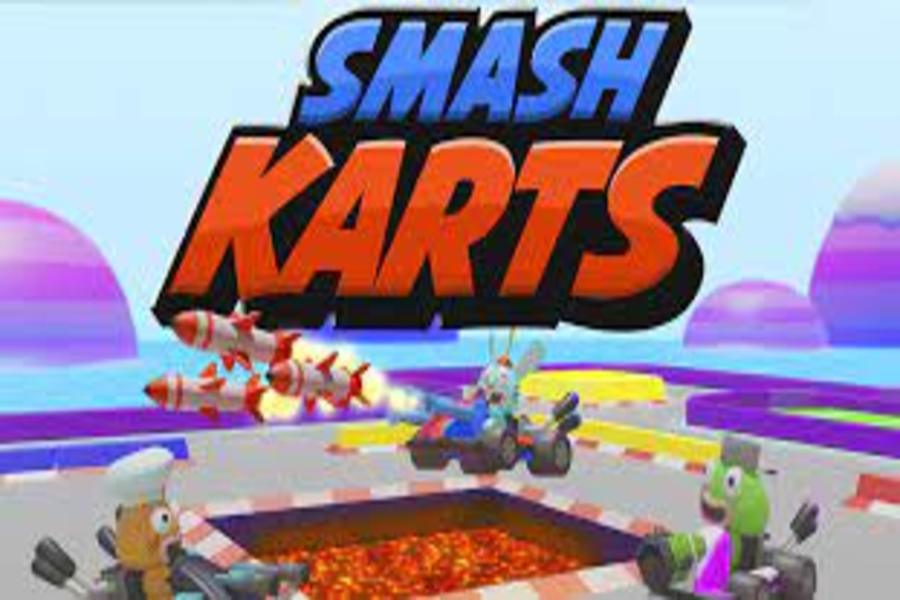 Smash Karts is a 3D driving game where the objective is to collect surprise boxes and survive using whatever you find in them: Bullets, grenades, even rockets?! Buckle up, wear your helmet, reload your guns and eliminate your opponents! You can even customize your vehicles! Can you last longer than all your playmates in this crazy, action-filled Mario Kart-esque racing game?

Play Smash Karts, the online Mario Kart racing game for young and old. It is a fun multiplayer game where you play against real players on a server. You must be the last to stay Blow up your opponents and avoid obstacles, make sure you don’t get hit yourself and become the smash kart champion.

Smash Karts is a fun and exciting game that involves smashing your opponents or destroying their karts to earn the highest number of points. The game has several boxes where you can get a tool to help you take down your opponents. One of the weapons is a bomb launcher where you have to aim well and shoot a bot kart. This game was made to entertain people of all ages.

The game is easy and action-packed. The first step is to register your name and the region you come from. Once registered, you move on to the next step, which is choosing a car. At this level, you will select the kart you want, and if you want to customize it, you can also do it. Next, you will go to a track or playing field. You will meet other players who will start playing the game.