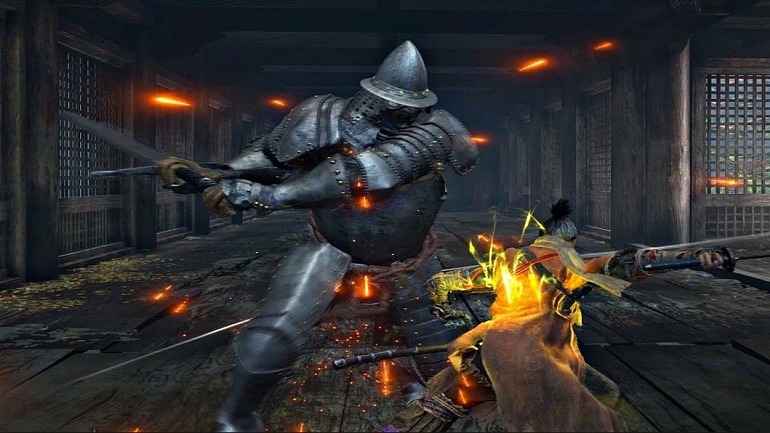 Do you know that feeling when you go to the Senpo temple and suddenly a guy with a huge sword appears ready to ruin your day? We are, of course, talking about the armored warrior from Sekiro: Shadows Die Twice . It’s not like other warriors don’t have armor as well, but this is a mini-boss and it’s named after that. In this guide, we tell you a couple of tips and tricks to end it.

The first thing you should know to kill the armored warrior is that you will not be able to kill him in the old way, you will have to throw him down a ravine . But it’s not as simple as kicking it and you’re done. You will have to deal a final blow to him, and wait for him to fall. And to do this, we will have to “dance” with him for a while.

The armored warrior only attacks with the sword, but the blade has a beastly reach and in addition, our opponent can run towards us if we take the liberties to heal ourselves in the middle of the fight. The best you can do is parry all of his blows, and keep in mind that the last one is usually a dangerous attack ideal to break with a Mikiri . Get close to the side walls for the warrior to break it with his mighty sword, and make sure that his posture is lost near one of the edges of the stage. Get close for the execution and if you are lucky you will fall into the void.

In our case, it was even easier: it was not necessary to wait for him to break any walls, but he was already near the right balcony of the corridor. It is a very specific space, but if you attract it there, that’s good too!

How to defeat the flaming bull of Sekiro: Shadows Die Twice

A guide with tips and location of these particular mini-bosses.

Throughout your adventure, Sekiro: Shadows Die Twice not only has you fight imposing bosses, but also mini-bosses that are sometimes optional. Still, you want to defeat them to get prayer beads, some valuable rewards. In this guide we will talk about the flaming bull , a type of mini – boss that you will come across on a couple of occasions and who is capable of turning your nuts a lot.

As we said, there are actually a couple of bulls. The first is the flaming bull that you find in Ashina Surroundings, before reaching the castle. The other is the cherry bull of the palace, which is located in the Palacio del Manantial. Both work in a practically identical way, although there are some small differences in the scenario that will condition your strategy.

When you first get here you won’t have much health or knowledge of the game, so the best way to beat the flaming bull is to take his only life bar from him in one final blow , breaking his stance first. If you don’t do this, it will enter a second phase and it will become more dangerous. Here are a couple of strategies and tips for you to value the one that interests you the most.

Broadly speaking, this bull is identical to the first. However, it is very important that you keep in mind that you can knock him down with a final blow if you catch him off guard by throwing yourself at him from above. You just have to go above the roof as shown in the video above.