Game Introduction:
Roguelike arcade game such as Archero has achieved huge success in 2019. The casual games sector demands strongly for the next great action arcade game. That’s why today we introduce “Dashero” the casual rogue-lite action mobile game that can run on both Android and iOS devices. 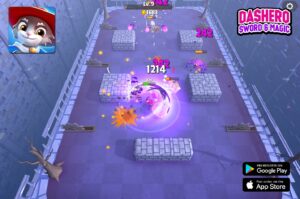 Game features:
1. Magic and slash attacks can also be used to defeat enemies on both short and long ranges
2. The amazing and very high-quality design of the world.
3. Super Spectacular battle effect and fight against with weird creatures
4. Beautiful and eye-catching character design with unique special combat skills.
5. The game’s visual looks great and the control is ease-to-play.
6. The gameplay is smooth and fun during combat.
7. In different situations, you can control magic and melee attacks to defeat the monsters
8. Offline mode is fully supported

Game graphics:
With premium 3D graphics with cartoon-style detail which the user enjoys while playing it also has no fps drop issue in old devices as the optimization has been done greatly. In the old iPhone 6 or Galaxy S4, it can still run around fps 30-40 without obvious lags. 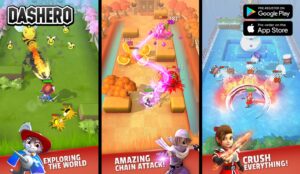 Gameplay:
The game has different types of random skills for its user in the game. Similar to the Archero, it features rogue-lite game flow with similar controls. However, Dashero has taken many more further steps here: they add melee attacks – which makes the game’s style and rhythm much more faster and fun. The feeling of smash is a nice touch. Sorry that I can’t explain it in words but you got to feel it your own.

The character design of the game looks great overall. Dashero has more detailed designs than Archero. On top of that, they add a Skin system on the game to make it more fun and have longevity to collect. 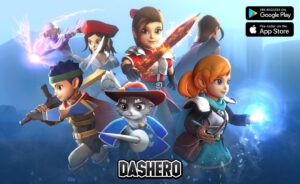 Verdict:
This is very good and for all ages and fun to play.The developer-Trefle&co. The game has put a lot of time and hardwood together to make this “Dashero” and that is why the game is so good and the graphics are so smooth. It is not only a rogue-lite Archero-like game but also a more polished game that removed the issues found in Archero while keeping that good inside. We highly recommend you give it a try and you won’t be disappointed.

Popular games: The 10 Most Traditional