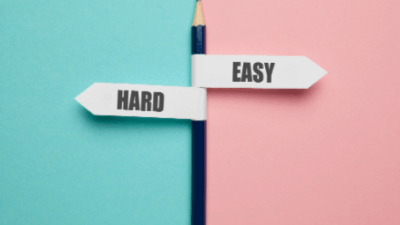 Easy or Hard servers? You might soon get to choose the difficulty level and the amount of challenge or casualty you want for your OSRS experience.

Old School RuneScape is an MMO well known for involving its player base in decisions regarding game changes and updates. This is usually done through in-game polls where you can vote if you are a member (paid membership) and decide the game’s future. Sometimes, Jagex is only interested in hearing the voices of a specific category of players. This was the case with the polls regarding the PvP arena, where they included only the PvP players in the vote to decide, amongst other points, whether the rewards of the arena should translate into OSRS gold in any way.

Besides these sorts of polls, Jagex also creates surveys to gather feedback from RuneScape players. These surveys have also proven open to everyone or restricted to only players invited to take the survey. Most recently, Jagex invited some players to answer a survey about possible future game modes and how their rewards could translate for the main characters (either purely cosmetic rewards or rewards that you can turn to OSRS GP). One of the game modes described in this poll is the difficulty servers.

Besides the difficulty servers, the survey asked questions about no less than seven different game modes. The Fresh start servers are worlds where the game’s economy is brand new. That means a minimal amount of resources so that players can expect very different prices compared to the standard game mode. Who knows how much OSRS gold some rare OSRS items could cost on these new servers and if it would still be worth casting high alchemy to obtain OSRS GP.

Another potential mode is vanilla OSRS, where you’d pretty much be playing the same game as ten years ago. Then there’s the Merchant mode, an OSRS variation in which you won’t have the Grand Exchange, and you’d need to trade with other players for stuff manually.

A relaunched permanent Deadman Mode or a permanent league server is also possible. Another one is a seasonal madness server where everything changes every six months. But the most popular idea by far was the difficulty servers with two opposing servers: the easy server and the hard server.

The Concept of Hard Servers

The main idea behind the hard servers is that you’ll enjoy the game you love with some extra challenges. For example, NPCs will be capable of finding their way to reach you even if you try to block or trap them behind obstacles. Imagine how challenging your first fire cape could be without the ability to safespot mobs! And this means you wouldn’t be able to safe spot either.

You’d have to fight the gorillas during Monkey Madness 2 instead of leaving it up to Nieve to handle them. And if the NPCs are more intelligent and can find their way to you, that would mean no more flinching or tick eating. Some boss fights could become completely different, and the minimum requirements to first attempt them could drastically raise. And this is just the basic concept, but Jagex could probably build way more around this and add more fun challenges to it.

The Concept of Easy Servers

While the hard servers are for those who need an extra challenge, the easy servers are intended for the more casual players who need a break and want to take things slow. They’ll see increased XP rates to help them keep up with the progress and even adjusted combat stats to make the fights a breeze to get through.

Another great perk of the easy servers is more extensive inventories. Imagine all the food and consumables you could fit in a bigger inventory when bossing or on a slayer task. This could make a huge difference, especially for boss fights that take a lot of resources or where you consume close to a full inventory per run. This could include the Kalphite Queen, where you can get one to three kills a trip depending on your stats, or Vorkath. The extended inventory will do more than lowering the required minimum levels to attempt and succeed in boss fights; it will likely lower the mechanical skills you need to attempt those bosses.

If the difficulty servers reach the world of Gielinor, you’ll be faced with a decision to choose to play one of them (if you choose to play any besides your main). From how the concepts look, it’s an effortless decision. If you want an extra challenge, you’ll choose the hard servers; if you want a casual outlet and to get OSRS GP faster, you’ll choose the easy servers.

When Can Players Expect These Servers to Launch in OSRS?

Even though it was the most popular idea amongst the survey responders, this doesn’t necessarily mean that it will be taken further, as the survey was a means to get an overview of where players are standing in relation to potential game modes.

Jagex was testing the waters to see what the players would love to see or not, but it doesn’t mean that they will start developing any of them. The main point is that we do not know whether they will include hard and easy servers in the future. If they reach the world of OSRS, you’ll be able to play them as Ironman and Non-Ironman. Your accomplishments in these servers could even become OSRS gold for your main.

Where is Xur Today Destiny Xur Exotics and Location Guide