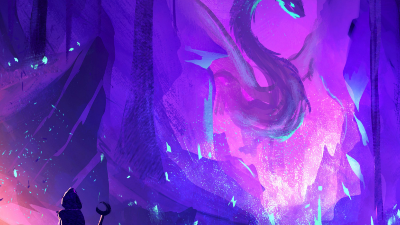 Everything you need to know about the upcoming Arcanist advanced class

The North American/Western version of Lost Ark is still trying to catch up to the Korean version. Both versions are still being constantly updated with more content and classes. Speaking of classes, a new advanced class is coming to the North American version of Lost Ark. In July, players will be able to play as the Arcanist. The Arcanist, or Arcana in other regions, uses her magic to buff her special cards with devastating effect.

The Arcanist is similar to Gambit from Marvel’s X-Men comics. Anyone that has played League of Legends will find some similarities with Twisted Fate as well. With the randomness and shuffling of decks to get different buffs or debuffs. Like all classes, it will be free to all players with a Lost Ark account. It won’t require any Lost Ark currency or anything similar.

Let’s do a preview of what the Arcanist can do. It is important to know that this class isn’t released yet, things are subject to change and there might be some differences from the Korean version.

With that out of the way, let’s get to it.

The Arcanist is a Mage Advanced Class that employs her Magick to perform a variety of tasks with unique cards. From cutting up opponents with a flood of hurled cards to creating powerful Magick assaults from the cards themselves, the Arcanist has a lot of flexibility. The Arcanist also has great mobility thanks to many skills having her move to a different location.

The Arcanist’s specialty skill is called “Card Deck”. When the player lands an attack or skill, the Card Meter charges. A random card with various stats appears on the Card Deck after the meter is completely charged, allowing it to be pulled out and utilized for powerful damage, buffs, and debuffs. There are a total of 12 possible cards that can be pulled when this meter is chared.

There are a total of 3 different skill types that the Arcanist has, each one has different uses and utility.

Let’s start with the yellow skills. You can tell what skills what color are based on the background of the skill. These skills are generic damage dealer cards. They are quick and help build your “Card Deck” meter faster. Use these when your other skills are on cooldown, to keep up your damage.

Blue skills are probably the most important skills to have. These skills apply stacks of “cards” to the enemy when they are hit. If you want to do the most damage, then applying stacks of “cards” is essential. An enemy can have a maximum of 4 stacks applied to them. The stacks will appear on top of the enemy. Once the maximum stack is applied you will want to use another skill to capitalize on it.

The Arcanist has two exclusive class engravings. Each one performs different functions and allows you to fully customize your build to your playstyle. Here are the two class engravings:

Emperor’s Edict – Skills fill the Identity Gauge 50% faster and increase their damage by 10/20/30%. Allow you to use the Emperor Tarot Card.

The Emperor’s Edict allows you to use the “Card Deck” more often and each one deals more damage. It also grants you an extra card in the “Card Deck”. This engraving is great for players who want to utilize these cards more as they are very powerful but could be inconsistent.

Empress Grace is good for dungeons and taking down bosses. An increase in damage based on how many stacks an enemy have is very useful. This applies to the bonus that it already has. With this engraving, red skills will be hitting very hard and also restore mana to help with sustain. This engraving is probably best if you are trying to get Lost Ark currency by doing raids and such.

The Arcanist is looking to be a well-rounded class. If the Korean version is anything to go off, it will likely be one of the best classes in the game. While it may have a deeper learning curve compared to most classes due to the many mechanics this class has, the damage potential is very high. Players will be able to get more Lost Ark currency faster and do decent in PvP thanks to the class’s high damage and mobility.

Are you excited to get your hands on the Arcanist? Let us know your excitement in the comments.